NRSA to join Citi TV’s War Against Indiscipline; to focus on institutional vehicles 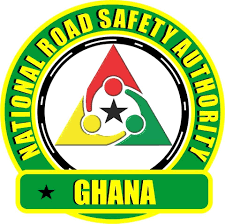 Road safety inspectors, under the National Road Safety Authority (NRSA), will join the police to enforce discipline on roads as part of Citi TV’s War Against Indiscipline in conjunction with the Ghana Police Service.

The road safety inspectors from the Authority will focus on institutional vehicles.

In an interview on the Citi Breakfast Show, the Head of Regulation, Inspection, and Compliance at NRSA, Kwame Koduah Atuahene, said the Authority will follow up with the institutions of the offending drivers to ensure appropriate sanctions are meted out to them.

“This week we plan to join the team and provide as much support. We are going to focus on institutional vehicles because part of our mandate is to ensure institutional compliance.”

“The public can rest assured that we will hold these institutions accountable when they are caught engaging in any form of road offenses.”

The second leg of Citi TV’s War Against Indiscipline campaign commenced on Friday, August 20, 2021, with the driver for a former member of the Council of State, Nii Kotei Dzani, and over 40 other drivers arrested for various traffic infractions on the Kpone-Dawenya stretch.

The station began the campaign against all forms of indiscipline in the country in May 2019.

AstraZeneca vaccines to be deployed next week – GHS

WASSCE practical paper for Food & Nutrition did not leak – WAEC

WASSCE practical paper for Food & Nutrition did not leak - WAEC