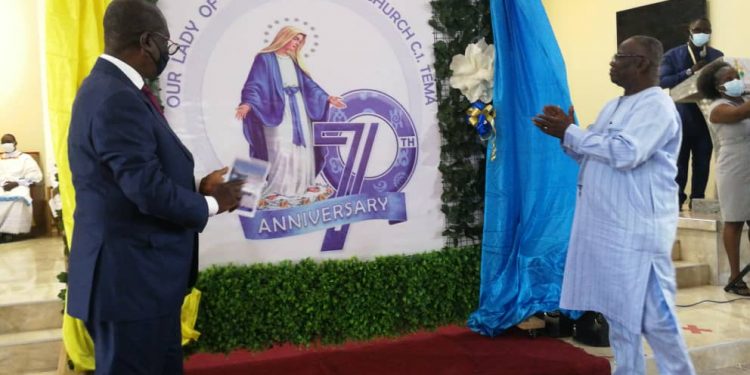 As a way of contributing to the reduction of youth unemployment in the country, the ‘Our Lady of Mercy’ Catholic parish, OLAM of the Tema – Battor Deanery of the Accra Archdiocese, has announced its plan to establish a multi-purpose complex that will come with a skills training center, a library and an auditorium in Tema Community One.

The multi-purpose complex project which has been estimated to cost some two million Cedis forms part of Parish’s 70th-anniversary. This was made known during the launch of the 70th-anniversary of OLAM in Tema Community one.

Throwing more light on the anniversary project, the Chairman of the Parish Pastoral Council, Richard Akpokavie, explained that Tema as a port city and the first community where Catholicism started from deserved to be rewarded in ways that give back to the community.

According to him, skilled labour is one of the key requirements in a port city like Tema and that is what the Parish wishes to give back to the youth through the center.

“Tema, as a port city and the first city where Catholicism started from, deserves a lot. As a Parish, one of the ways we want to do this is that we are looking at developing the youth. We need to establish a place where young people can develop their skills in various areas. A lot of the time we tend to focus only on academic works, but this time we are trying to direct our attention to other vocational professions that can be developed through this center; that is why we are establishing this.”

The OLAM has a land size of 0.92 acres, possessing the potential to be developed into a world-class center of worship with ancillary services like the youth training center. According to Mr. Akpokavie, the long-term goal of the church is to keep improving on its infrastructure to meet the changing needs of its members, and that the 70th-anniversary project, will be completed in some 12 months’ time.

“The long-term plan is to develop the entire church, but for this anniversary, we are only developing a wing of the church. This will have a Library, a Center for Children’s Service, and a Center for Skills Development for the youth, as well as counselling offices. For this anniversary project, we are looking at the end of next year for this entire project to be completed.” 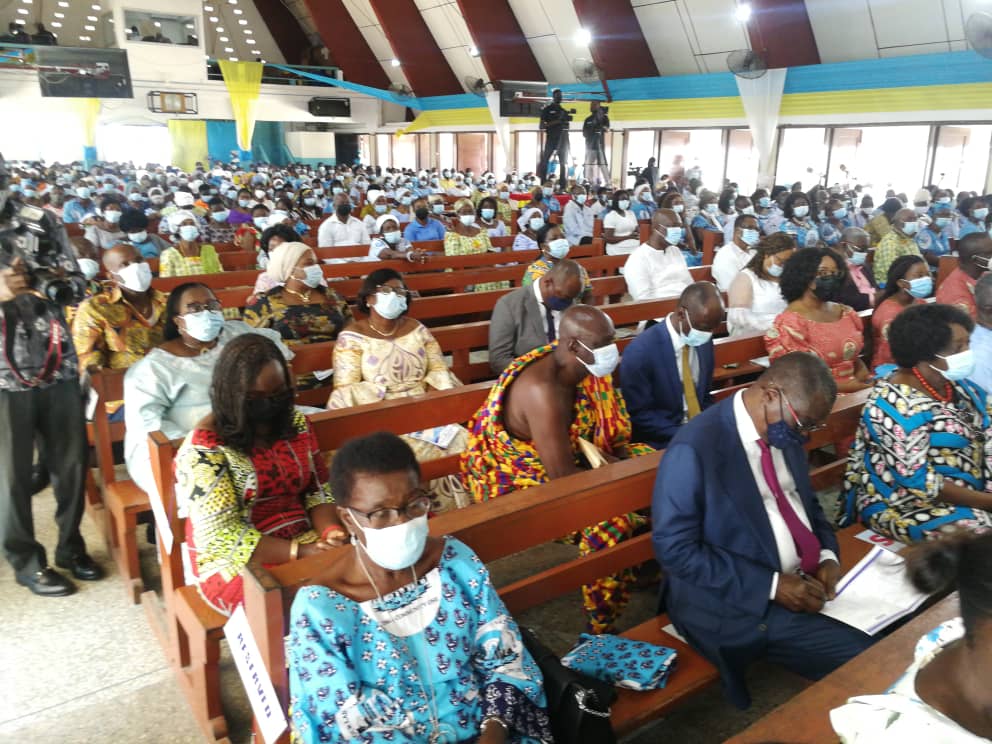 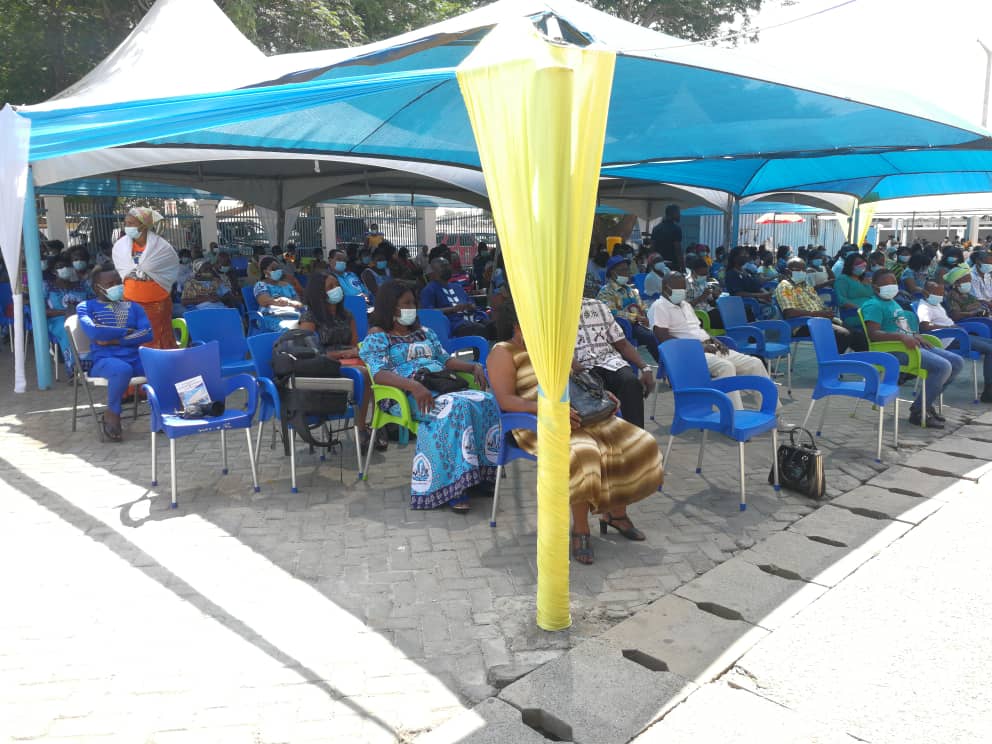 “We are also looking at five years ahead of where we will celebrate the 75th anniversary, and we will continue improving and adding the necessary infrastructure until we hit a centenary where the entire church would have been fully developed,” Mr. Akpokavie added.

Delivering the welcome address to the hundreds who graced the launch, the chairperson of the awards planning committee, Mrs. Josephine Okutu, noted that in line with the theme of the 70th celebrations; ‘Honouring the Past, Celebrating the Present and Looking into the Future with Hope’, OLAM will organize programs such as ‘Life in the Spirit Seminar’, confirmation, musical competitions, tree planting, debates, mass wedding among other activities.” 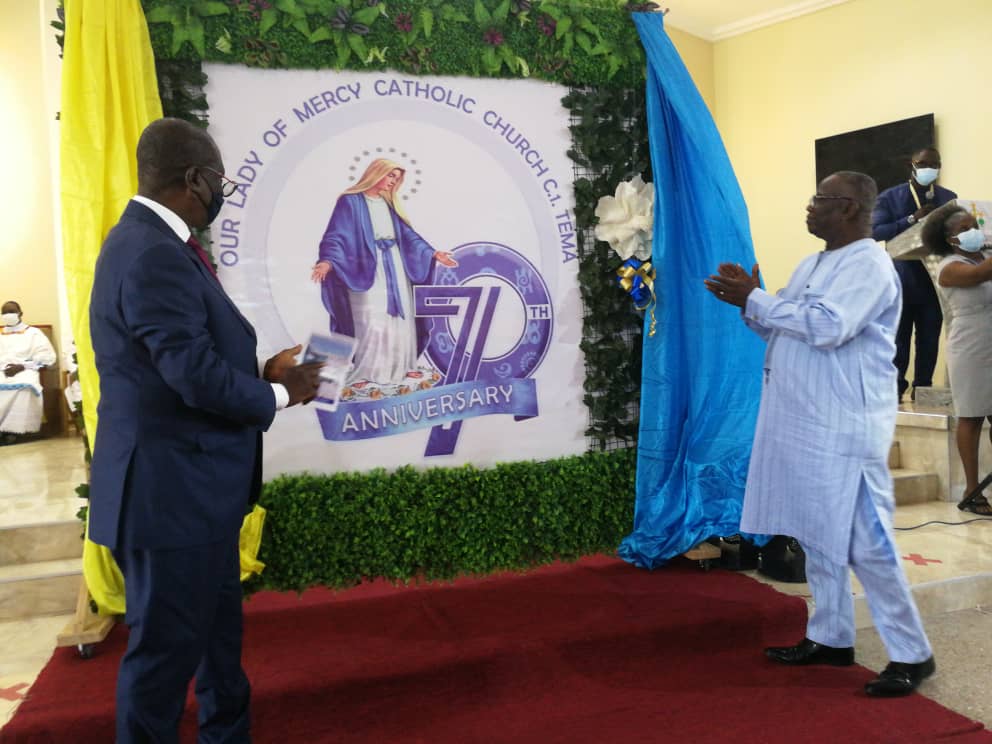 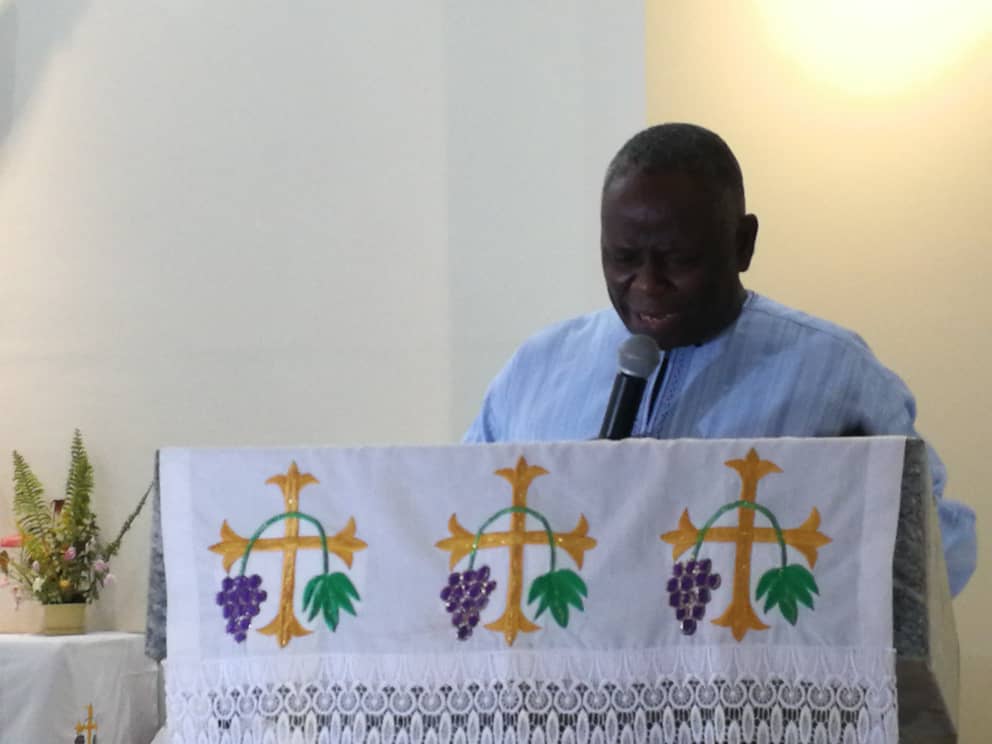 Delving into the history of the church in Tema, Mrs. Okuto recounted how the first mass of the church was observed in Tema on the 5th of June, 1952 by Rev. Father Frans Mertens.

She said,“it was the selfless evangelization works earlier carried out by both Rev. Father Frans Mertens and Mr. Jerome Amendah, the then President of the Kpehe Catholic Church”  that saw the birth of Catholicism in Tema.

According to Mrs. Okutu, Sunday, 15th August 2021, marks exactly 69 years since Catholicism started in Tema, adding that it is worth celebrating.

Mrs. Okutu further appealed to congregants to endeavor to participate fully in the activities of the 70th-anniversary celebration as a way of self retrospection and honour to those who laid the foundation for them.

“There is a lot of work to be done, and we will need everyone on board. We will need your presence. From this month to December 2022, we will have the opportunity to take part in several programs which will ensure that we examine all we have done over the years and also honour several people who have worked hard to get us to where we are today.”

Launching the 70th anniversary, the guest of honour; the Chief Executive Officer CEO of the Millennium Development Authority, MiDA, Martin Eson-Benjamin, commended the selfless leadership shown by past leaders of the church and urged the current leadership to upgrade assets of the church and make it more appealing to both the aged population of worshippers, and be attentive to the needs of the youth who must remain a focus as the hope for the years to come.

Expressing his excitement about the skills training center to be established by the parish, Eson-Benjamin further noted that OLAM deserves commendations for its contributions to the religious vocations.

“We must applaud the contributions OLAM has made to the religious vocations in the Archdiocese and remain more determined to add to the legacy of Catholicism, which has been bequeathed to this family.”

Amidst the singing of songs, the congregants expressed their gratitude to God for seeing the church through 70 years of its existence.

The 70th-anniversary logo designed by 29-year-old Frederick Bawuah was jointly unveiled by the CEO of  MiDA, Martin Eson-Benjamin, and the CEO of the Ghana National Petroleum Corporation GNPC Dr. Kofi Kodua Sarpong to signify the official launch of the anniversary celebrations.