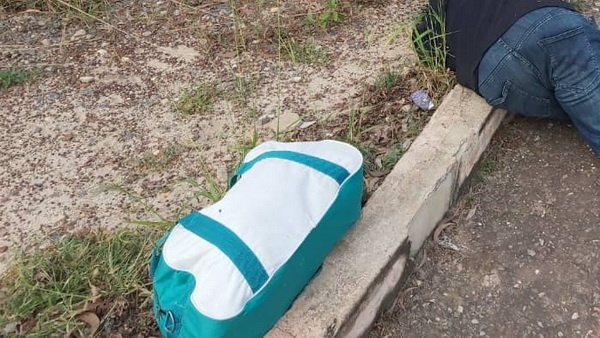 A 55-year-old man has died while trying to escape from a COVID-19 treatment centre at Effia near Sekondi in the Western Region.

The deceased, Paulus Okine, was referred to the treatment centre from the Emergency and Accident unit of the Effia Nkwanta Regional Hospital on Wednesday, 18th August 2021.

On the morning of 19th August, security personnel at the COVID-19 treatment centre spotted the deceased leaving the centre.

The security guard inquired why he was leaving, but he reportedly threatened to harm the guard if he tried to pursue him.

After a while, he was found dead near the nurses quarters in the area.

Clinicians from Effia Nkwanta Regional Hospital have confirmed Mr. Okine’s death, and the case has been reported to the Sekondi District Police command who joined management to the scene on Thursday morning.

The body has since been deposited at the hospital’s morgue.

The Deputy Director of Nursing Services of the hospital, Madam Justina Amo Yartey, told Citi News, “the security man used another route to apprehend him and he also decided to use another route to escape, but I think he collapsed and died before he got to the exit point. I am very pained by his death because he should have stayed under treatment. There is no need to run away when you’re confirmed COVID-19 positive.”

She further advised the public to strictly observe the Covid-19 protocols because the disease is real.

“I will urge those who do not wear the face masks to wear them because the COVID-19 cases are soaring in recent times… Let’s strictly adhere to all the protocols; use hand sanitizers, wash hands under running water and all the others. Also, if you are confirmed to be COVID-19 positive, don’t deny it. Just take your time and get treatment,” she added.

The Literacy Challenge: Top 50 entries to be announced today