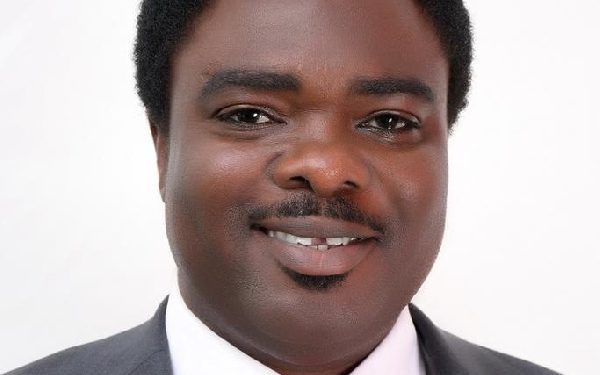 The Member of Parliament (MP) for Suhum in the Eastern Region, Mr. Kwadjo Asante, has denied any involvement of his driver in the clash that occurred at a funeral ceremony of an NPP communicator which left cutlass wounds on one Kwasi Amoani on Saturday, August 28, 2021.

He has also denied some media reports that the cutlass which was used in the attack was taken from his car.

“I wish to state categorically that my personal driver was not involved in the case, neither was there any cutlass nor implement picked from my car as has been alleged in the media.”

“I further wish to state that the conflict had nothing to do with H.E, the Vice President Dr. Mahamudu Bawumia, or the Hon. Minister of Trade and Industry, Mr. Allan Kyeremanteng. I wish to pray that these eminent leaders of my party, the New Patriotic Party, are accorded the needed respect and dignity and not brought into this unfortunate incident.”

The Suhum lawmaker also asked the members of the party to remain calm about the “unfortunate incident”.

“As a party, we abhor any form of violence and wish to passionately call on our members and the public to remain calm and focused.” 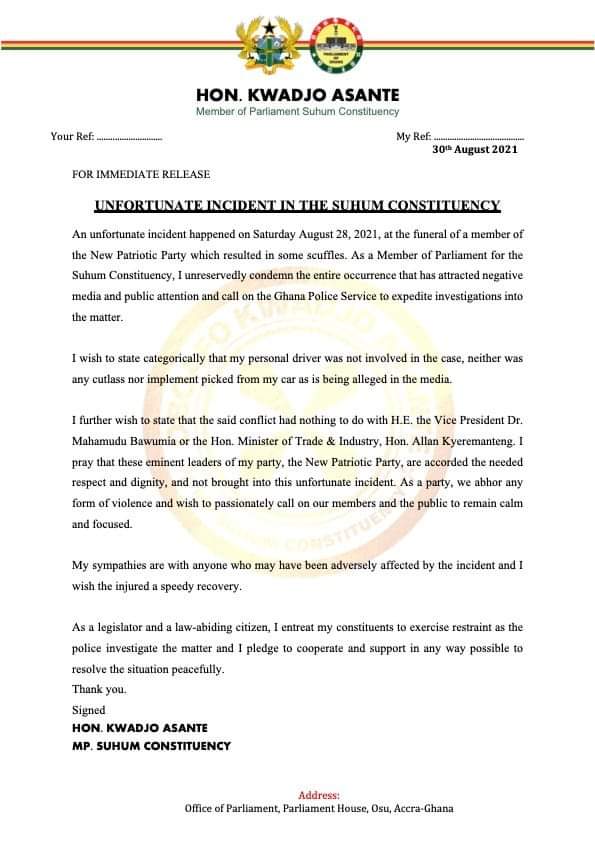 One Jamalo, who was reported to be the driver of the MP, is said to have attacked the victim who is also a member of the NPP communications team after a misunderstanding ensued at the funeral of another party communicator.

The misunderstanding, which resulted in a free for all fight among supporters of the MP and another who wants to unseat the MP, also resulted in the injury of another party member, who was later treated and discharged at the Suhum Government Hospital.

Meanwhile, the  Suhum Police Command has said the victim who sustained deep knife wounds on the forehead is responding to treatment at the emergency ward of the Suhum Government Hospital.

Another victim, who suffered bruises on the lips, has since been treated and discharged. Police say it is doing everything possible to arrest the attacker.