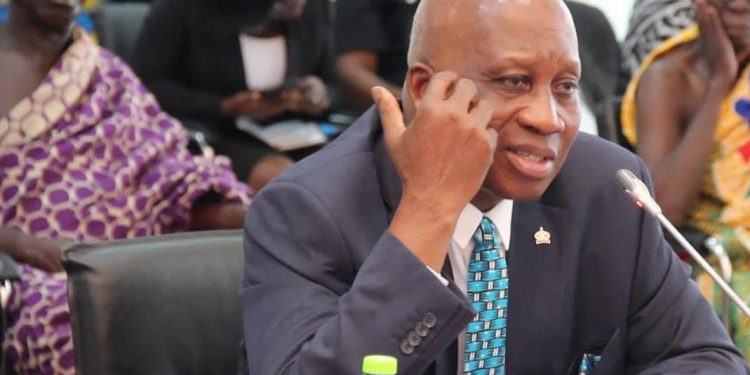 Samuel Marful-Sau in shot during his vetting.

According to Citi News sources, he died on Tuesday, August 10, 2021, after a short illness.

In the last few weeks before the legal break, the 64-year-old Judge had not been on any panel of the Supreme Court.

Marful-Sau was nominated together with three other judges by President Nana Akufo-Addo in 2018.

He was part of the seven-member panel that heard the 2020 election petition by the NDC’s John Mahama against the Electoral Commission of Ghana and Nana Akufo-Addo.

The late judge begun his career as a national service personnel working as a Legal Assistant at the Castle Information Bureau Office of the Provisional National Defence Council (PNDC) and briefly as a prosecutor in the office of the Special Public Prosecutor from August 1984 to July 1986.

During the period of his national service, he was selected to study a six-month course in Intelligence Studies at the Security and Intelligence Academy in Moscow, Russia.

He later joined Vidal. L. Buckle and Company as a private legal practitioner.

He remained in private legal practice until June 2002 when he was called to the bench as a judge of the High Court.