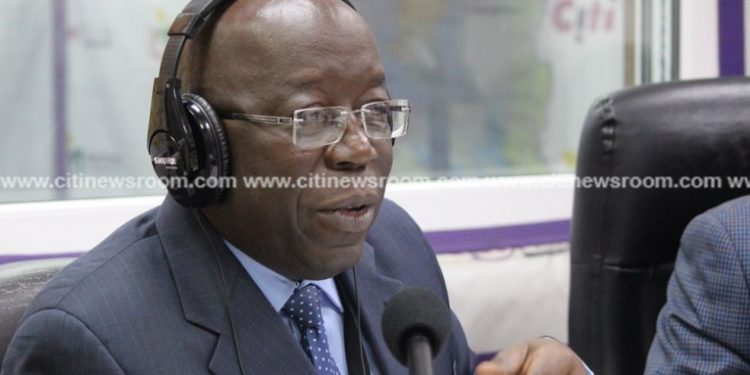 Despite the staggering revelation that 53 percent of Social Security and National Insurance Trust (SSNIT) beneficiaries receive less than GHS 1,000 per month, the Director-General has described the scheme as “really generous”.

The National Pensions Regulatory Authority (NPRA) decried how some 82,000 pensioners receive between GHS 301 and GHS 499 monthly.

Speaking on the Citi Breakfast Show, Director-General of SSNIT, Dr. John Ofori-Tenkorang, justified why he said the SSNIT pension scheme is very generous.

“That is why we have to make sure that people take advantage of it, but we also have to make sure that in trying to get people to up their salaries, they do so in a manner that is gradual such that it does not game the scheme. You cannot contribute today GHS500 and tomorrow you say you want to contribute GHS10,000 because I’m going on pension soon”, Dr. John Ofori-Tenkorang said.

He also urged self-employed business owners to contribute towards their pensions.

“We have this provision for voluntary contributors like the self-employed. People, with registered businesses, derive income there and pay the requisite taxes. Those can come and insure with us. I ask all people in Ghana with businesses to insure with us because retirement will come one day”.

In accordance with Section 80 of the National Pensions Act 2008 (Act 766), SSNIT increased the indexed monthly pensions by 10 percent in 2021.

SSNIT, working in consultation with the NPRA, said all pensioners on the SSNIT pension payroll as of December 31, 2020, will have their monthly pension increased by a fixed rate of 9.34 percent representing the annual average price inflation, plus a redistributed flat amount of GHS6.47.

SSNIT is charged with the responsibility of replacing part of lost income to its contributors and their dependents due to old age, invalidity, emigration, or death.

The pension a member enjoys under the First Tier Scheme is dependent on the Basic Salary (on which contributions were made) and the number of months one has contributed to the Scheme.