To the young and sent; focus [Article] 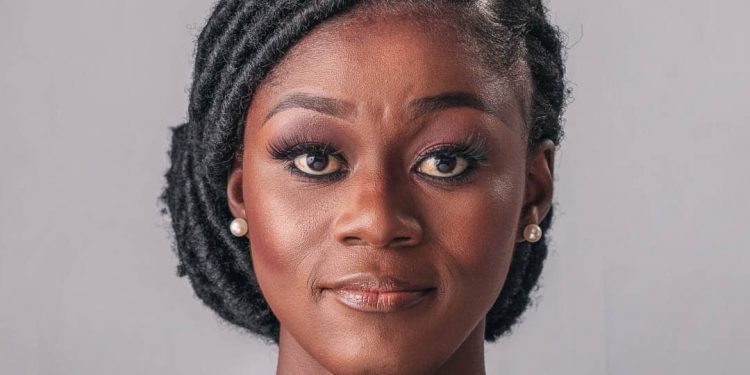 At the beginning of every race, there’s a shout. Then stillness said a great man.

When the athletes begin to warm up with stretches and jump here and there, one would hear the spectators cheering, with loud applauses, sometimes songs specially curated for the event. Most of the time, these athletes are tempted to think that the cheers and excitement being displayed are for them. Same for stage performers in a theatre. When the curtain is raised, and the audience, with eyes glistening with admiration as rays of light, begin to reveal what awaits them on the stage, response with loud claps, they begin to feel on top of the world.

We forget, however, that for these spectators or the theatre audience, their initial applause is merely to announce their presence. It is as if to simply say; “We paid to see something – a nice scene, some goals, medals and records – we are told we will get them through you, alright, we see you”, now could you get us what we really came to see?”. For many such, it’s always about what they sought to experience, and not who necessarily is producing it.

Over time, an individual amongst the ‘performers’ begins to distinguish himself and is touted as the people’s favourite. From then, the people, beyond going for the satisfaction they seek in their goals and sterling performances, so much more look forward to seeing the one at his utmost best. The newly-found relationship remains as smooth and peaceful, until the day when the one, again, puts up a show they would call, below standard – or much better, below their standard – I must emphasize. That is when frustrations from even days where flaws were considered insignificant, or past happenings that have been let slide by, are excavated, and the one individual is made to bear the weight of the inability of their expectations to be met.

The intent here is not to absolve anyone of their responsibility, especially when they are accountable to a much larger group, but to properly align the giver-receiver play of responsibility and productivity – whichever way it tilts. Whilst you sit in the stands, looking forward to goals, that player is looking to that day as the moment when he gets to perfect his left kick.

Purpose – brings me to the crust of my message.

In our part of the world, it appears many are okay, will hail, and applause you, until you begin to stray into areas they consider no-go, the places where their own thought patterns, age-long beliefs, and convictions fortified with experience and learning, are challenged. Unfortunately, ours has not been a society where many engage thought just as they are, without necessarily pulling in personality. We have not been taught to embrace diverse perspectives, we have not learned to engage thought, and would rather we proved our superiority by drawing out the fellow’s flaws, sometimes incongruous with the happenings of the moment. All is well if we can remain sure in footing, not liable to blame, and right all around, regardless of how we make the other person feel.

Like Nana Yaa Kyeretwie of Efo Kojo Mawugbe’s In the Chest of a Woman, inherent in every one of us is a flaming desire to possess and use power. Mortal man desires to control naturally and would stop at even the tiniest of bends to exercise this control.

This is where insults stem from. They would rather denigrate your person, or seek to make you feel less so they gain the validation they desire, leaving the booth where the intellectual bout is supposed to be taking place. Even unlucky is our Ghanaian space, where many thrive on making others feel lesser in themselves to feel confident and superior, especially when the glaring arsenal at play is intellectual prowess.

For the person of purpose, who again may consider public acceptance, a hinge of steadfastness as they are flung forward and back against the winds of the many happenings around them, the tendency to succumb to such public outcries and bashing, in order to simply toe the line of what everyone thinks should be called right, may leave him purposeless at the end.

A failure to recognize that all the cheers and chants are altogether simply put – “We are here”, and not voices behind telling which way to go like the good old Bible says, will land one in great trouble. You have heard it over and again, you cannot please everyone. You certainly would be losing your very self if you would.

Even more important, this message, is for the many young ones who by virtue of divine assignment, tend to walk very radical journeys many would avoid, be it taking a stance to fight age-long traditions that stifle human progress, or to express opinions on that which society considers a sole treasure of the old – marriage, parenting, entrenched religious dogma – the more common in our side of the global divide.

The message for you is; You have got nothing to prove to any man. You only need to get your fuel set, in that vehicle you ride – Purpose. Whilst we do not underrate experience or disregard the plain wisdom that comes as an added advantage of aging, we must not fail to highlight the potency of a mandate sent from the divine, to make straight the paths on which many have treaded and even failed to recognize were crooked.

The spectators remain; and theirs is the satisfaction in their own lives, that which drove them to the arena. All men are like such.

Considering everyone else an actor in varying capacities, bringing them the goodness they need to remain central to the world as they know it, or their world, you may call it. The mantra is, “Do as I please, or consider right, or you do not deserve to do it at all”. Nevertheless, we must remember that applauses never won the race. The crown is given to the athlete, the one who runs to the end.

…and oh, at that finish line, there is a loud shout. Think it’s approval? No! Strain a little to listen, and in them, you’ll find shouts, boos, jeers, cheers, and real emotions tucked into words. You may have given some their need, and failed to do the bidding of another.

Simple man – how can you be everything to all? This is why I admonish you to focus, to set your eyes ahead, to respond to the applause by saying,

I see you too, but on this track, I stand alone.
This journey is mine. This track, same.
You can glory in my feat, but my medal, no claim.
The crown is mine, I run alone.

The journey is forward.
We see them too
All they do and say
We run still

The writer, Gifty Nti Konadu, is an Occupational Therapist, writer, and a Human Security enthusiast.

You can reach her on [email protected]