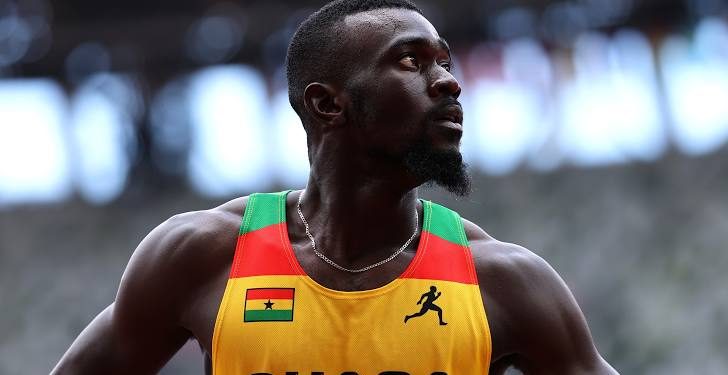 Ghanaian sprinter, Joseph Paul Amoah, has qualified for the semi finals of the men’s 200m after finishing 3rd in heat 7 of the half lap event at the Tokyo Olympics.

Joe Paul’s race. Started very well, got on the bend well, eased up towards the end as knee he had it. Semi finals is at 11.50am later today. #Tokyo2020 pic.twitter.com/Qe77se2Mtv

The 3rd place finish automatically takes the Coppin State University student into the semi final which is slated for 11:50GMT later on Tuesday, where he will hope to secure Ghana’s first ever appearance in the final of the 200m event at any Olympic Games.

At his debut Olympics, Amoah started Heat 7 off well in Lane 3, and came out of the bend in the lead.

But Lyles, the world’s fastest in the 200m this year and the world champion in the event from Doha 2019, pulled level and subsequently ahead on the outside lane to secure the win.