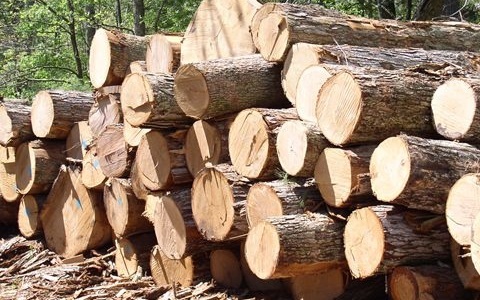 A truck carrying two 40 footer containers of banned rosewood has been intercepted by the Savelugu District Police.

The truck, stopped on the Tamale-Bolgatanga highway, was transporting the wood from Yagaba forest reserve in the North East Region.

According to the police, the driver and another occupant of the vehicle fled after they were stopped at the checkpoint and asked for documentation.

According to the Northern Regional Crime Officer, Superintendent Bernard Baba Ananga, a gentleman later showed up to claim ownership of the consignment and was arrested to assist in investigations.

“On the 21st of August 2021, our men on the road suspected a truck from the Bolgatanga road and decided to question the driver. The answers that the driver gave were not adding up, so they decided to check the container. When the driver got down, he took to his heels. So the police opened the container, checked and inspected it, and found some logs suspected to be Rosewood that we know are banned, in the truck.”

“We arrested one man who later showed up as the owner. Subsequently, I informed the Forestry Commission to assist us with our investigation. Where our investigations establish the facts and connection, we will prosecute. There must be justice for everyone”, he said.

Lands and Natural Resources Minister, John Abu Jinapor has directed that Rosewood confiscated in the country will be auctioned and used locally to prevent illegal operators who participate in the auction process from exporting the wood.