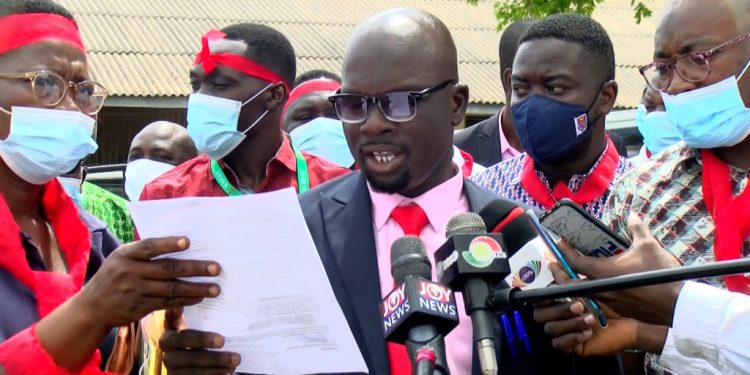 The Senior Staff Association of Universities of Ghana says it will engage its National Executive Council, NEC, to decide whether to comply with the National Labour Commission’s directive to call off its nationwide strike or not.

The NLC after a meeting with the Association and the Fair Wages and Salaries Commission on Thursday, August 5, 2021, gave the directive assuring that their concerns will be addressed.

But speaking to Citi News, the President of the Senior Staff Association of Universities of Ghana Mohammed Zakaria, said the Association will keep pushing until their concerns are addressed.

“On matters regarding the conditions of service, the Fair Wages and Salaries Commission has been given one month within which to finalise everything, and this time we have again asked the NLC to exercise its authority when the parties are found to be flouting the directives that have been issued.”

Meanwhile, the Ghana Association of University Administrators is urging the government to holistically address agitations on the conditions of service of all labour groups.

Its National President, Kwabena Antwi-Konadu, made the request.

“…Saying that you are dealing with one group in terms of their conditions of service, you are likely to create more problems because as soon as you finish with one and the other one is not satisfied, they will raise issues. So the idea is for government to settle conditions of service of all these categories holistically.”