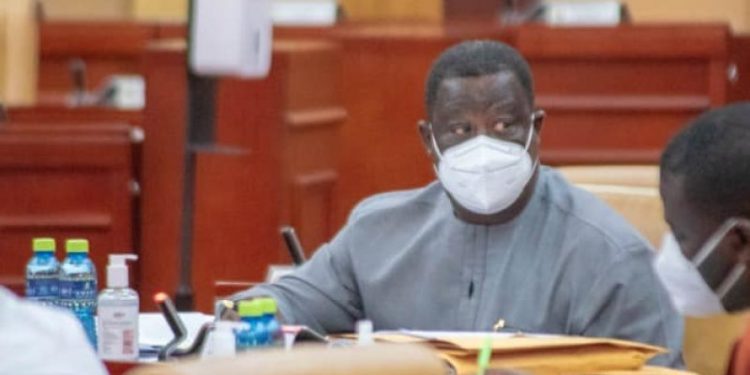 The Ministry of Roads and Highways may deploy officers of the 48th Engineer Regiment of the Ghana Armed Forces to the Upper West Region to help create alternative access routes for residents reeling under the effects of recent floods.

Speaking to the media in response to calls for the deployment of the military regiment, the sector minister, Kwasi Amoako-Atta, said the officers will be brought in when the need arises.

“The call is not out of place at all. The spread of the floodwater is so extensive that there is virtually no space for creating diversions in terms of the road. So I want to assure them that their call is a relevant one and should it become necessary that we call on the 48th Engineer Regiment of the Ghana Armed Forces to come and assist, it will be done,” he said.

The Minority Caucus in the Upper West Region made the call for the deployment of the 48th Engineer Regiment to assist in the creation of alternative routes in the region.

The spokesperson of the Minority Caucus, Dr Sebastien Sandaare, in making the demand said the deployment of the officers would help bring some relief to the residents.

“We as the NDC caucus and representatives of the people of the Upper West Region in Parliament are calling on the relevant authorities to take urgent remedial action to deal with the misfortune that has befallen our kinsmen. We recommend that the Ministry of Roads and Highways should liaise with the Ministry of Defence to as a matter of urgency deploy the 48th Engineer Regiment of the Ghana Armed Forces in the region to create temporary access routes while efforts are made to rehabilitate the roads and bridges,” he said.

The Minister for Roads and Highways, Kwasi Amoako-Atta, has said the government is expected to spend about GHS50 million to rebuild the damaged road infrastructure in the region occasioned by the floods.

Mr. Kwasi Amoako-Atta said well-qualified contractors have been selected to execute the job.

“Government is going to spend almost GHS50 million to undertake these emergency works. I have had a look at the report, and have had the scope of work clearly defined.”

“…Because of its urgency, the President and government will do all it takes to fast track the processes,” he assured.

A 12-hour downpour recorded in the Upper West Region a few days ago flooded irrigation sites, farmlands, and communities along the Nadowli-Tangasie highway.

The flood washed off major roads in the Region, with many commuters getting stranded due to the situation.

Data from NADMO indicates that some 1,605 people in the Nadowli-Kaleo District, Jirapa District, and the Lawra municipalities were affected by the floods.

According to NADMO, the victims lost a total of 722 farmlands.

336 persons were also displaced, according to NADMO.

The report indicated that some 155 houses were destroyed during the floods.

An 80-year-old woman also lost her life after her house collapsed on her during the flood.