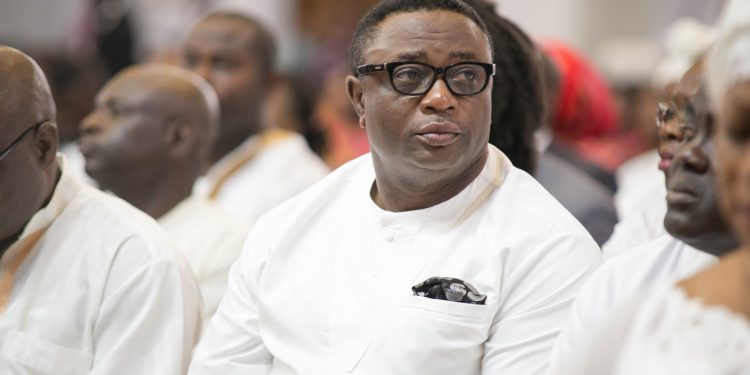 The Director of Elections of the opposition National Democratic Congress (NDC), Elvis Afriyie Ankrah, says the party’s recent electoral reform proposals are not borne out of bitterness or disappointment from the 2020 general elections.

He said the proposals were put together to help shape the future of elections in the country and make them better as has been done in previous years.

Speaking on The Big Issue on Citi TV, Mr. Afriyie Ankrah said the NDC had observed that the Electoral Commission did not take resolutions from IPAC meetings seriously and so, as a major stakeholder, it decided to take the initiative to evaluate the entire electoral processes owing to the prevailing circumstances.

“What we have observed in the past at IPAC is that, the decisions at IPAC are no longer taken seriously by the EC… The posturing of the EC has been that, they are backed by law and they can do whatever they want. We took a step back and realized that the IPAC that we knew is no longer the IPAC that we have.”

“Yes, the 2020 elections were a critical part, so many things went wrong, but we went beyond the 2020 elections and said how can we improve upon the entire electoral system and that is why we appointed technocrats to lead the process,” he said.

Mr. Afriyie Ankrah said the 34 recommendations include some 14 recommendations already put forward by a 21-member Eminent Advisory Committee of the Electoral Commission constituted in 2019.

He stated that the committee that worked to produce the 34 recommendations of the National Democratic Congress (NDC) looked at previous election reform documents of the EC, best practices from within and outside Africa and interviewed some senior officers of the Electoral Commission among others as part of its work.

“We as a party [NDC] presented proposals to this committee and the committee looked at existing reports from the EC, international and domestic election reforms, international best practices, conducted interviews, examined data from various sources and out of this came these 34 proposals,” he noted.

He said the NDC will continue with its engagements with various stakeholders on the proposals and is hoping that they will be accepted and actualized to make elections in Ghana better.