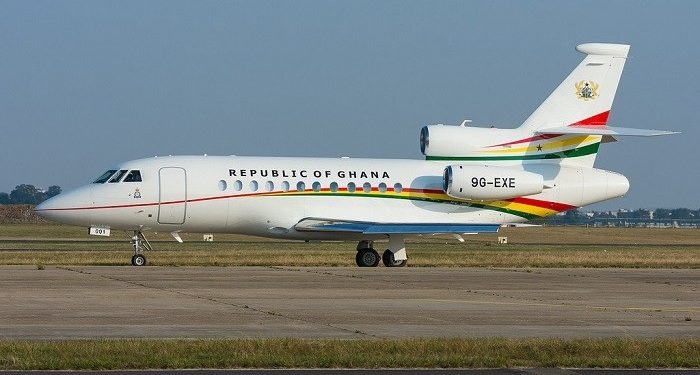 Samuel Okudzeto Ablakwa is demanding answers to why the President of Liberia, George Weah was allegedly allowed to use Ghana’s presidential jet.

The Presidential jet was allegedly used by Mr. Weah when he attended an Emergency ECOWAS Summit in Ghana on September 15, 2021.

In a Citi News interview, Mr. Ablakwa said he hopes to get answers when Parliament reconvenes next month from recess.

“There is a question targetted at the Minister for Foreign Affairs and Regional Integration to get her to explain the circumstances under which the Liberian President used our presidential jet and what the terms and conditions were.”

President Nana Akufo-Addo has come under fire from the Member of Parliament from North Tongu, Samuel Okudzeto Ablakwa, who has consistently accused the president of wasting taxpayers money on hiring luxurious jets for his foreign trips instead of using the existing presidential jet.

The government had explained that the current presidential jet was not convenient for long-hour trips, as it couldn’t take more numbers and had limited facilities for the comfort of a president.

The Ranking Member had earlier alleged that the president spent an amount of GH¢2.8 million on his earlier travels to only South Africa and France using the services of a private jet instead of the presidential jet.

The Finance Ministry, however, avoided the question on the expenditure and said that information ought to be provided by the National Security Ministry.

Akufo-Addo meeting with ministers to asses their performance – Eugene Arhin