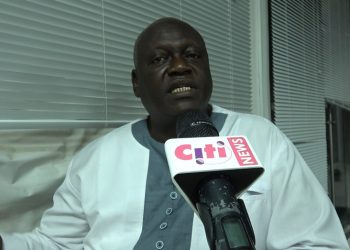 The Member of Parliament for Ejura Sekyedumase in the Ashanti Region, Mohammed Bawah Braimah says the Ashanti Regional Minister, Simon Osei-Mensah and the Commanding officer of the military contingent that caused the Ejura unrest must be sanctioned.

According to him, justice cannot be deemed to have been served if the two personalities are not held responsible for their actions.

The Justice Koomson Ministerial Committee Report published on Monday was silent on the two individuals.

Speaking to Citi News, the MP expressed strong disagreement with portions of the report.

“I don’t think it is right that the MCE should be sacked, and the Police Commander should be sanctioned whilst the Minister who did the actual deployment is left alone.  Simon Osei-Mensah and the Commanding officer should have been punished.”

“We can’t let the issue rest if this is not done.”

The report of the three-member ministerial committee that investigated the disturbances at Ejura in the Ashanti Region was published by the government on Monday, September 27, 2021.

Among other things, the committee recommended the removal of the MCE for the area, who pulled out of the race for a new MCE, and compensation for the affected families and victims.

The committee among other things noted that the death of Mohammed Ibrahim, also known as Kaaka, served as the catalyst that triggered the disturbances.

The committee made the following ten (10) recommendations;

5. The Military Establishment reviews the actions of the section on the ground, led by Lieutenant Martin Opoku Adusei, for the inappropriate use of force, and apply appropriate sanctions.