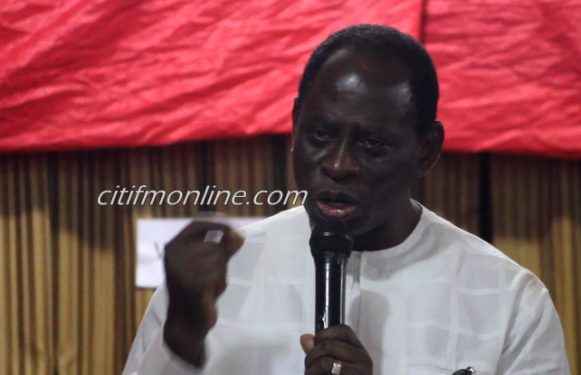 The Economic Community of West African States Commissioner for Macroeconomic Policy and Research, Dr. Kofi Konadu Apraku, has rebuffed claims that ECOWAS has not been proactive in addressing the root causes of political instability in the subregion.

He reacted to a comment made by the Ranking Member on Parliament’s Foreign Affairs Committee, Samuel Okudzeto Ablakwa, blaming ECOWAS for failing to proactively deal with political instability in Guinea.

Speaking on the sidelines of a meeting of experts on the final draft for ECOWAS vision 2050, Dr. Konadu Apraku said ECOWAS is doing all it can to restore democratic rule in Guinea

“ECOWAS has early warning systems in place to monitor every country, including the stable ones like Ghana. Unfortunately, things went wrong in Guinea, but we did not forfeit our responsibilities. We are on top of our game.”

“What has happened in Guinea is very unfortunate, but we are doing all we can to restore constitutional order and stability.”

The leaders of ECOWAS have suspended Guinea “from all ECOWAS governing bodies with immediate effect.”

This was contained in a communiqué issued after an emergency ECOWAS meeting was held online on Wednesday, September 8, 2021, chaired by President Nana Addo Dankwa Akufo-Addo.

It has also demanded the unconditional release of Alpha Condé immediately by the coup leaders. The regional body also asked the military to ensure the physical safety of the ousted President.

Political crisis and the threats of extremist elements in most West African countries have led him to conclude that the indicators of instability in the subregion “are very highly pronounced.”

Aside from the Guinea coup, there have been two coups in Mali, and one attempt in Niger.

“For anybody in the subregion to think that this subregion is very stable, we are in serious disillusionment,” Mr. Osei said on The Point of View on Citi TV on Monday.

Moving forward, he urged ECOWAS and the African Union to focus on measures that prevent the instability.