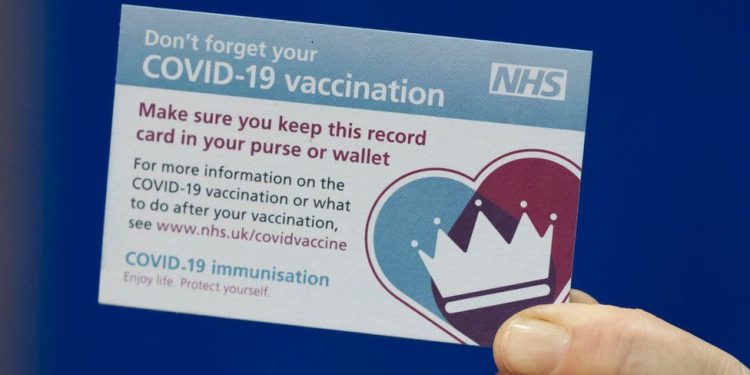 A scheme for vaccine passports for entry to nightclubs and large events in England will not be going ahead, the health secretary has said.

Sajid Javid told the BBC: “We shouldn’t be doing things for the sake of it.”

He said the government had looked at the evidence, adding: “I’m pleased to say we will not be going ahead.”

It was thought the plan, which came under criticism from venues and some MPs, would be introduced at the end of this month.

Under the scheme, members of the public would have been required to show proof they have had two doses of a Covid-19 vaccine in order to gain entry to clubs and other crowded events.

The Night Time Industries Association said the plans could have crippled the industry and seen nightclubs facing discrimination cases.

There was also opposition from Tory MPs on the Covid Recovery Group and the Liberal Democrats, whose leader Ed Davey, described them as “divisive, unworkable and expensive”.

Speaking on The Andrew Marr Show, Mr Javid said: “I’ve never liked the idea of saying to people you must show your papers or something to do what is just an everyday activity, but we were right to properly look at it.

“We’ve looked at it properly and, whilst we should keep it in reserve as a potential option, I’m pleased to say that we will not be going ahead with plans for vaccine passports.”

The move appears to be a sharp U-turn by the government.

On the same TV programme last week, Vaccines Minister Nadhim Zahawi said the end of September was the right time to start the vaccine passport scheme for sites with large crowds because all over-18s would have been offered two jabs by then and it was the “best way” to keep the night industry open.

Speaking before Mr Javid’s announcement, Shadow Health Secretary Jon Ashworth was asked whether Labour would cheer on the government if they scrapped the vaccine passport.

“If the government are not going to bring the vaccine passports to Parliament, that’s the end of it,” he replied.

Scotland is taking a different approach to England – they will bring in a vaccine passport for over-18s for entry to nightclubs and many large events from October.

In Wales, ministers will decide next week if vaccine passports should be used to gain entry to some events, First Minister Mark Drakeford said on Friday.

In Northern Ireland, there are no current plans to introduce a similar scheme.

Serving on public boards should be seen as responsibility than a reward – Prof. Adei