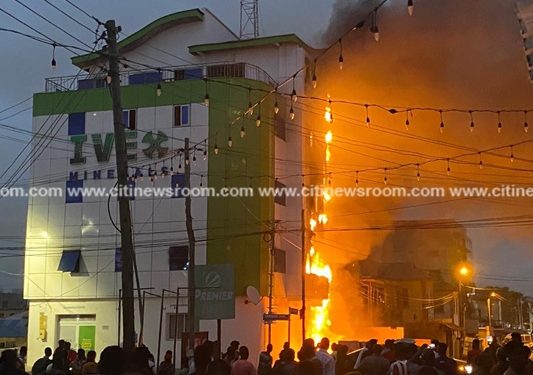 Thick flames have swept through portions of the Ivex Minerals Company Limited Building on the Farrar Avenue in Adabraka, Accra.

The office complex once housed the old Kasapa office. The fire incident happened in the evening of Friday, September 24, 2021.

A large section of the first, second, third, and fourth floors of the building have been destroyed by the fire.

The exact cause of the inferno is not immediately known, but residents suspect an electrical fault. 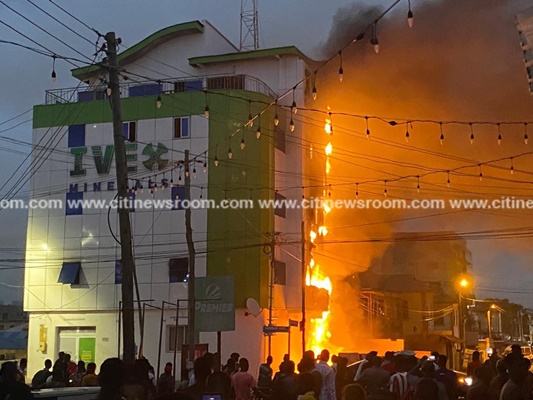 Three fire tenders had been deployed to the scene to douse the flames at the time of filing this story. 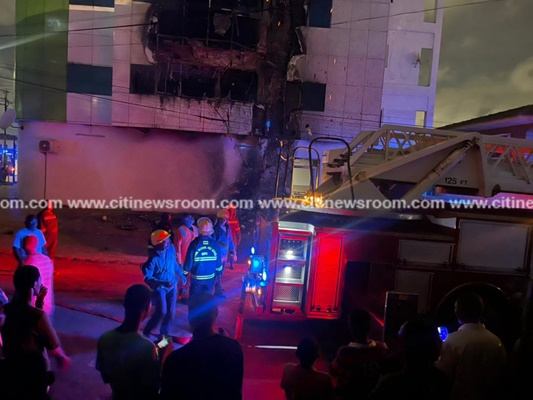 “The fire started around at 5:45 pm. The fire officers tried their best. They arrived on time and did a very good job”, Nabil Musah, an eyewitness, told Citi News. 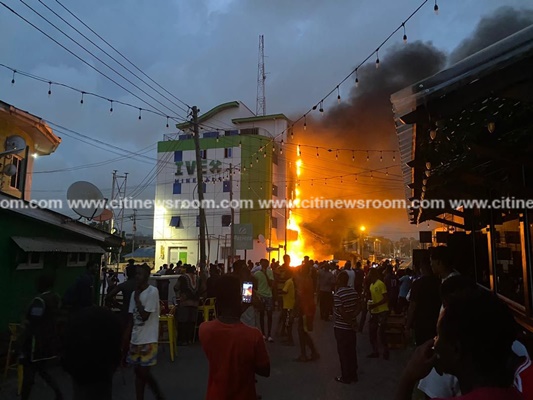 Officials from the Electricity Company of Ghana (ECG) are also at the facility trying to disconnect electrical cables to prevent the flow of electric current that might lead to further destruction. 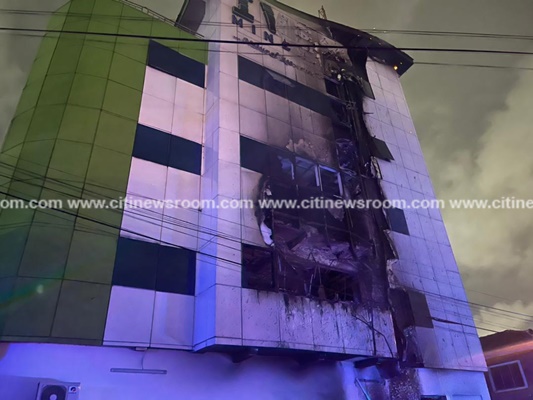 This inferno comes a few hours after a similar outbreak at the Ghana Rubber Product Limited around the STC transport yard earlier in the day.

That fire which started around 7:26am affected the storeroom of the company, damaging materials, and equipment used in the production of rubber packs.

One of the workers said some of the materials used to manufacture rubber packs, caught fire.