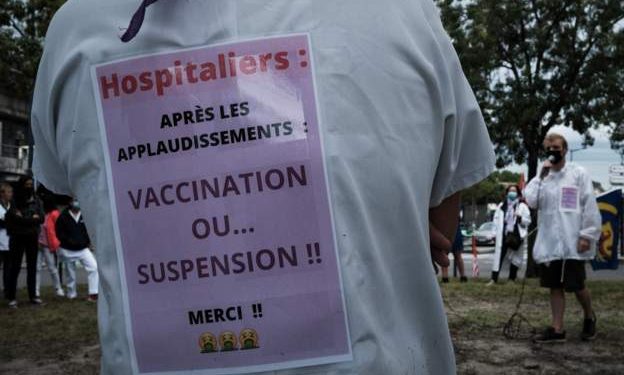 French health minister Olivier Véran has revealed that 3,000 health workers have been suspended from work and dozens of others have resigned as France begins its compulsory vaccine program for healthcare staff.

Speaking with news outlet RTL, Mr Véran insisted that “a large number” of these suspensions were temporary, and healthcare services were still running smoothly.

Yesterday was the deadline for France’s 2.7 million healthcare workers to have received at least one jab. Under the law, unvaccinated staff can’t be fired, but they will be unable to work or receive pay.

The new regulation has not gone down well with many healthcare workers. Nearly 450 have been suspended from one hospital in Nice, according to the local news outlet Nice-Matin.

One of France’s largest public-sector unions, CGT, has warned of a “health catastrophe” if large numbers are suspended.

Demonstrations have also been held outside several hospitals, at the French health ministry’s HQ.

But Frédéric Valletoux, president of the French Hospital Federation, has downplayed the scale of the suspensions.

“Some will use specific cases to make believe that they are whole battalions,” he told Le Monde newspaper.