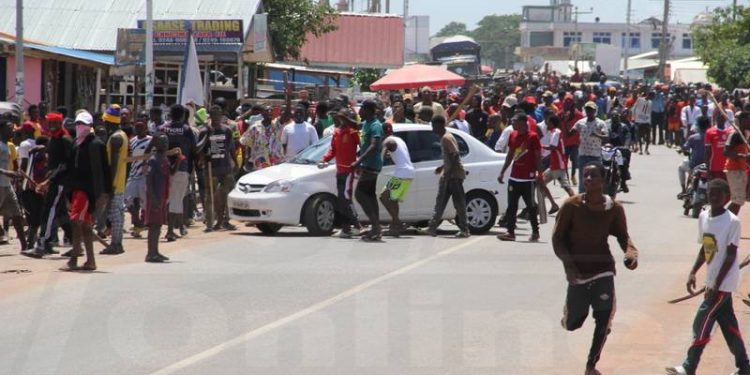 The families of the youth who were killed during the Ejura disturbances have written to the Presidency requesting for copies of the report of the committee that probed the issue.

“Earlier today, we, the families of the victims of the Ejura shootings, and the family of Ibrahim Anyass Mohammed, alias Kaaka, resolved to submit separate Right to Information requests to the Office of the President, and to the Minister of Interior, requesting access to the Report of the Ministerial Committee constituted at the request of the President to look into the Ejura Shootings.”

“With the above in mind, we have requested access to the report of the Ministerial Committee into the Ejura Shootings, in the hope that releasing the report for public discussion could kick-start the long-delayed process needed to provide justice for our families, and our community,” they added in a statement.

They explained that they took the action following the delay in making the report public.

“Despite repeated assurances by Government officials that the Report will be released expeditiously, including a claim by the Minister for Information that the Report will be released latest by the end of last week; no such steps have been taken. As a result, we have become apprehensive about the commitment of the Government to releasing the report, and to working towards justice for our families.”

The families of the victims say that the appropriate authorities have taken no steps to investigate, arrest or prosecute the perpetrators of these crimes, many weeks on due to the delay in releasing the committee’s report.

Meanwhile, a member of the Justice Koomson Committee that probed the Ejura disturbances, Dr. Vladimir Antwi-Danso, has said it is unfair to ask the committee to pile pressure on the government to publish the Ejura report.

Speaking to the media, Dr. Antwi Danso said the committee is done with its work, hence the onus now lies on the government to make the report public.

“Our work ended with the submission of our findings to the government, and it ends there. I will still insist that it is not our duty to demand the publication of the report. Legally, we don’t have the right… It is also not fair,” he said.

Nearly two months ago, on 29 June 2021, some military personnel deployed to Ejura, following some disturbances, shot and killed some of the residents.

The disturbances occurred following the killing of Kaaka a social activist in the area.

Following the incident, the President of Ghana called for a public inquiry into the shooting incidents, and a Ministerial Committee was subsequently put in place.

The report was submitted to the government on July 27, 2021.