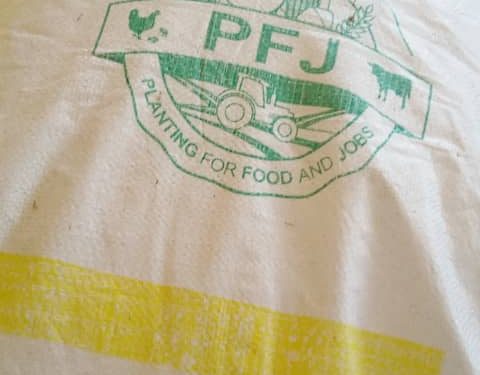 The Ghana Agricultural Workers Union (GAWU) has called for a complete restructuring of government’s Planting for Food and Jobs (PFJ) initiative.

GAWU says the initiative is not achieving its purpose of promoting food security and making selected food crops available in Ghanaian markets.

This assertion is in reaction to recent comments made by the Minister for Food and Agriculture, Dr. Owusu Afriyie Akoto about the extent to which the country is currently experiencing a wave of food shortage.

General Secretary of GAWU, Edward Kawereh, in an interview with Citi News, demanded better solutions from the Minister.

“We expect the Minister to ensure that there is a total restructuring of the Planting and Food and Jobs going into the future so that the challenges that we are facing this year will not occur again. In our opinion as a union, the strategies that have been using so far for the Planting For Food and Jobs if successful at all have reached their limit.”

“To go into the next stage of our agricultural production, we need a restructuring of the PJF and that should not be done only by the Ministry but also through genuine national stakeholders discussions”, he explained.

The agricultural workers have said, warnings about a possible food shortage in Ghana should be taken seriously.

Government subsidized fertilizer under its Planting for Food and Jobs initiative to increase food production and address the high imports of foodstuff into the country.

There have been recorded cases of fertilizer smuggling, a development that continuously impedes the successful implementation of the government’s flagship program.

But one of the red flags for Mr. Kareweh has been the government’s struggles to pay fertilizer suppliers.

This is believed to have led to a shortage of fertilizer for farmers this year.

“It is not just about the lack of fertilizer. It is also about the fact that people who had actually increased their acreage hoping to get the subsidized fertilizer did not get it,” Mr. Kareweh stressed.

Even the Member of Parliament for Bawku Central, Mahama Ayariga, has asked Parliament to urgently probe the government’s fertilizer subsidy programme, which he believes is currently not serving its intended purpose.

He said the programme has been fraught with many inefficiencies and had become costly with very low returns.

The legislator said due to the current nature of the program including the government’s delay in paying them, suppliers tend to inflate the price of the fertilizers and other inputs to make up for accrued interests on loans they use to undertake the contract.

The discussions over fears of a food shortage follow concerns raised by former President John Mahama.

The Food and Agriculture Minister’s office accused Mr. Mahama of scaremongering, saying the Planting for Food and Jobs had bolstered Ghana’s food security.