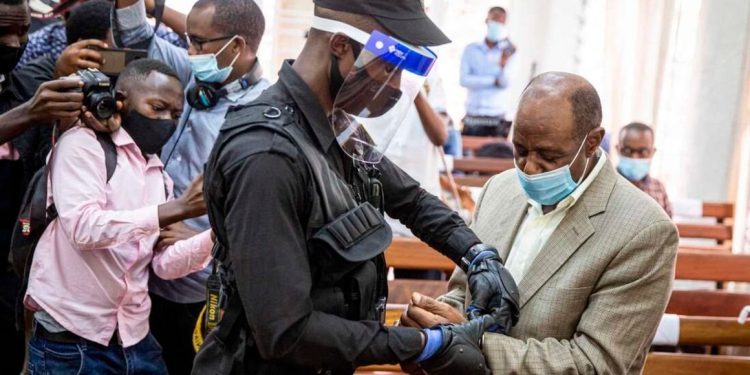 Paul Rusesabagina, the “Hotel Rwanda” hero who became a fierce government critic, was found guilty on Monday on terror charges after what his supporters say was a politically motivated show trial.

He was convicted of backing a rebel group blamed for deadly gun, grenade and arson attacks in Rwanda in 2018 and 2019.

“He founded a terrorist organisation that attacked Rwanda, he financially contributed to terrorist activities,” Justice Beatrice Mukamurenzi said at the end of a seven-month trial.

Rwandan prosecutors have sought a life sentence for Rusesabagina, the 67-year-old former hotelier credited with saving hundreds of lives during the 1994 Genocide against the Tutsi, and whose actions inspired the Hollywood film.

Neither he nor his lawyers were in court for the verdict, although the 20 other defendants in the case attended.

Rusesabagina was arrested in August 2020 when a plane he believed was bound for Burundi landed instead in the Rwandan capital Kigali.