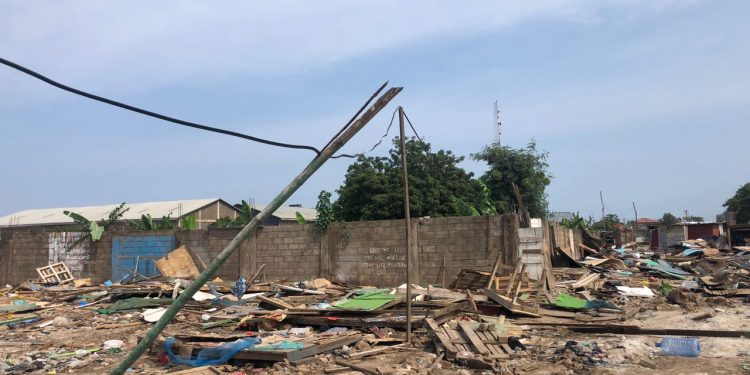 Thousands of unauthorized structures along the Tema Motorway have been pulled down.

The exercise was carried out by a taskforce from the Ledzokuku Municipal Assembly in the Greater Accra Region.

According to the assembly, occupants of the structures had illegally connected electricity and water for use at the expense of the government.

During a visit to the area by the Greater Accra Regional Minister, Henry Quartey and officials of the Ledzokuku Municipal Assembly, the Municipal Chief Executive, Evelyn Twum-Gyamerah who spoke to the media said “We started this exercise last week and then when we got here, we noticed that they are using water and electricity illegally”.

“This place is also filthy because they are practising open defecation. So there is a need that the Assembly comes in for this place to be neat. So we have to demolish all the structures. They even fought us by clashing with the taskforce.” 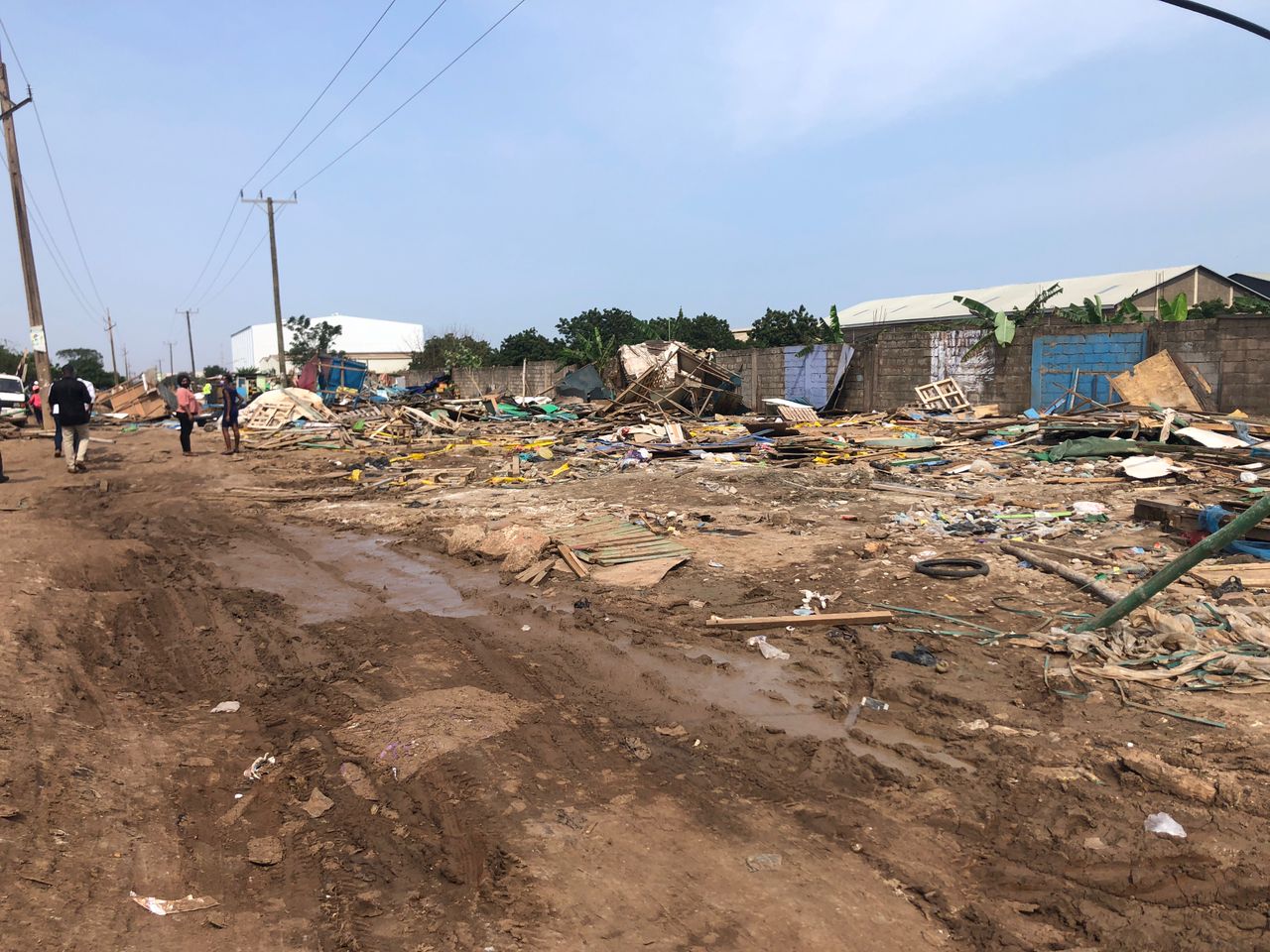 In another development, some squatters under high tension poles at Lapaz New Market in the Okaikoi North Municipality are set to be evicted from the area by the government.

During a visit to the community by the Greater Accra Regional  Minister, and officials of the Municipal Assembly, it was observed that a number of structures had been erected under high tension poles and under unsanitary conditions. 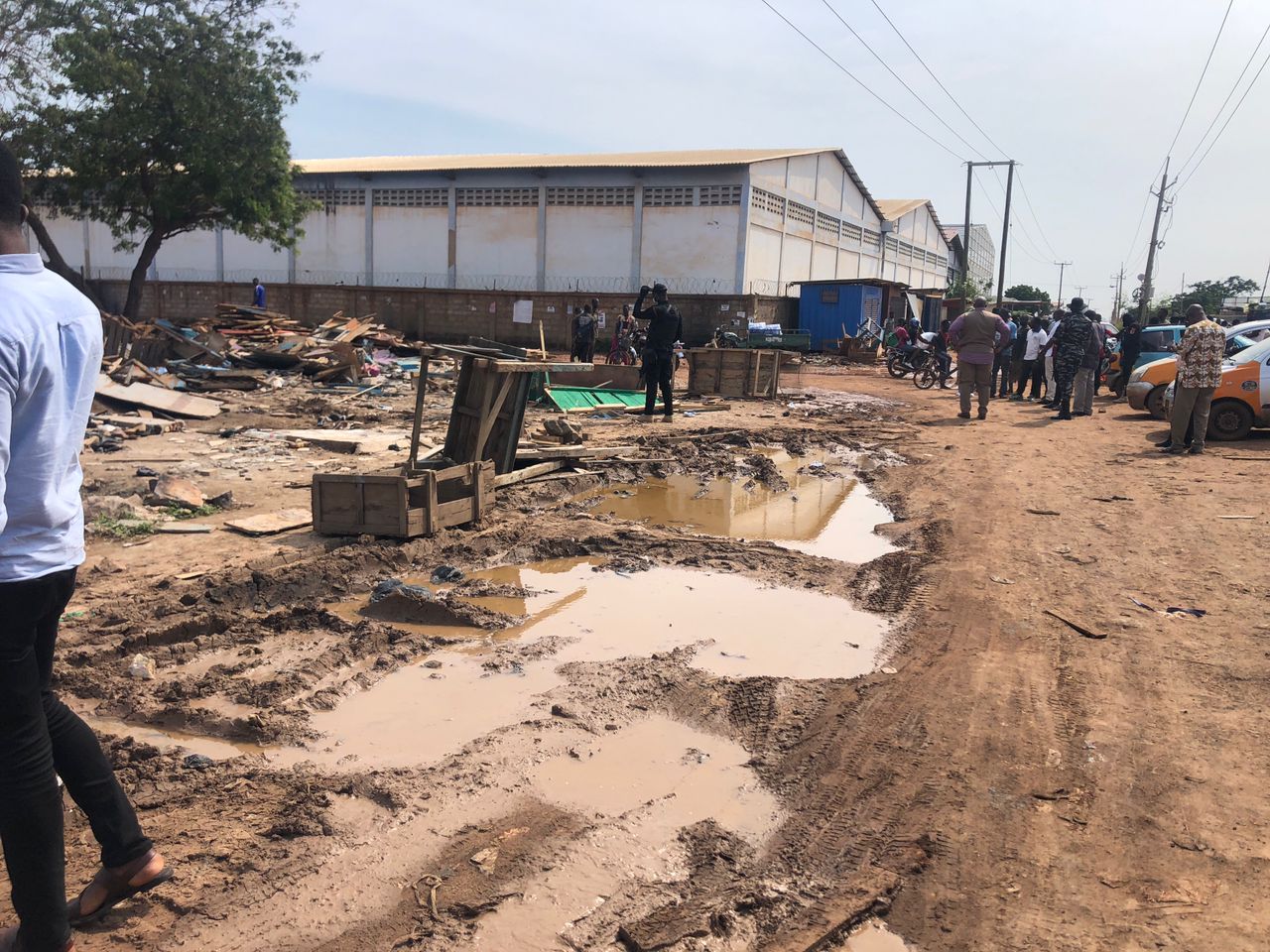 Municipal Chief Executive for Okaikoi North, Boye Laryea, who spoke to journalists about the move, said “I came here with the Regional Minister because of the encroachment of the high tension space. We wanted to at least come and take out the people under the high tension. I also came here to ensure that when we start the exercise, they don’t come and lament and say that the MCE is worrying traders and all that.” 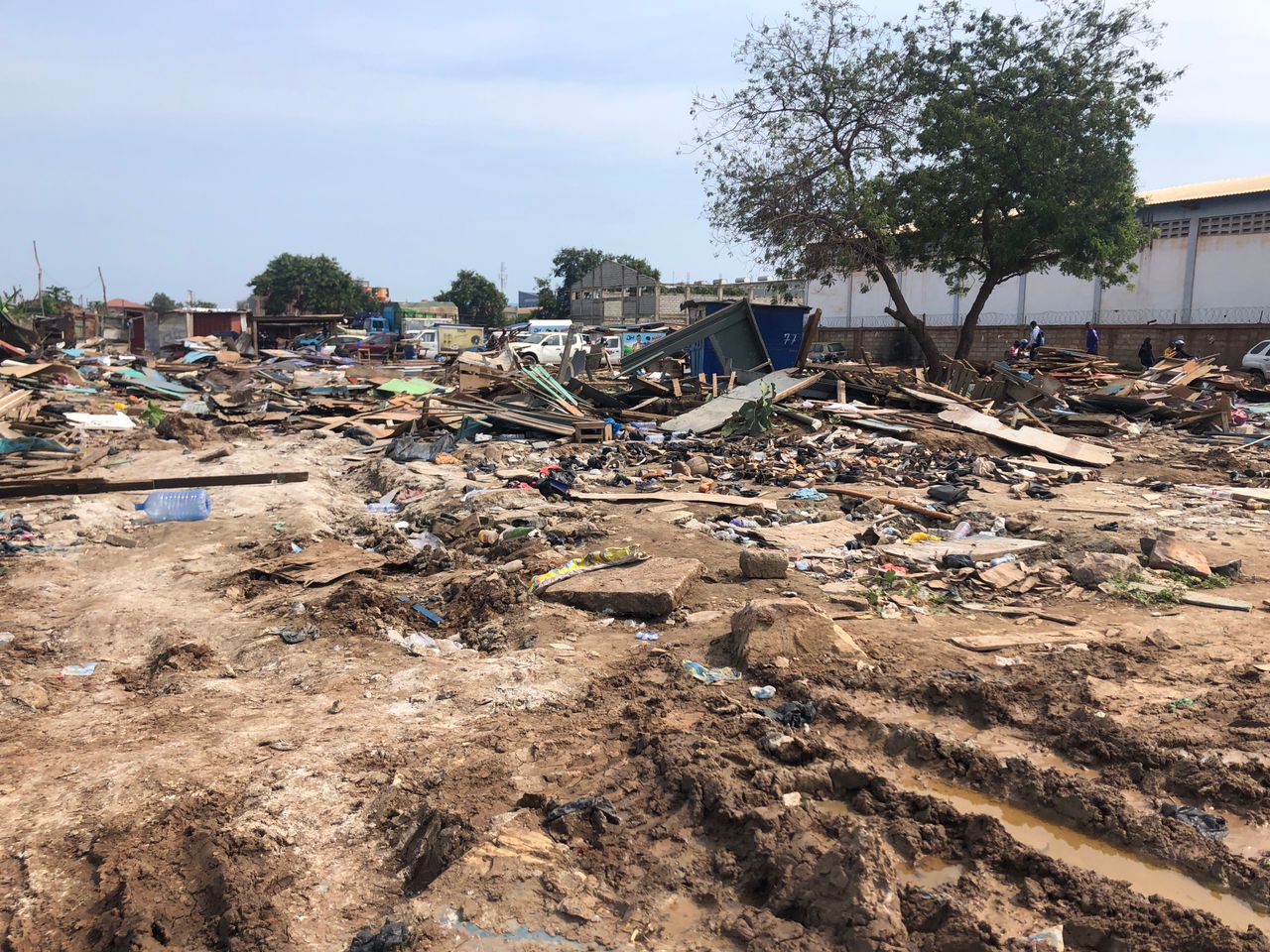 Henry Quartey has hinted of a forced eviction if notice served to the dwellers to move is not adhered to.

“My main problem is an electrical problem and electrical lines dropping from the high tension. I am sure that if it happens, the whole country is going to talk about it and ask what authorities did about it. So we are being proactive to save human lives. So we came to look at it today. They will be served with final notice because they have been given several warnings to relocate, but they haven’t done that. So they will be given the final notice and if they don’t heed to it, then the Assembly will use the law to remove them.” 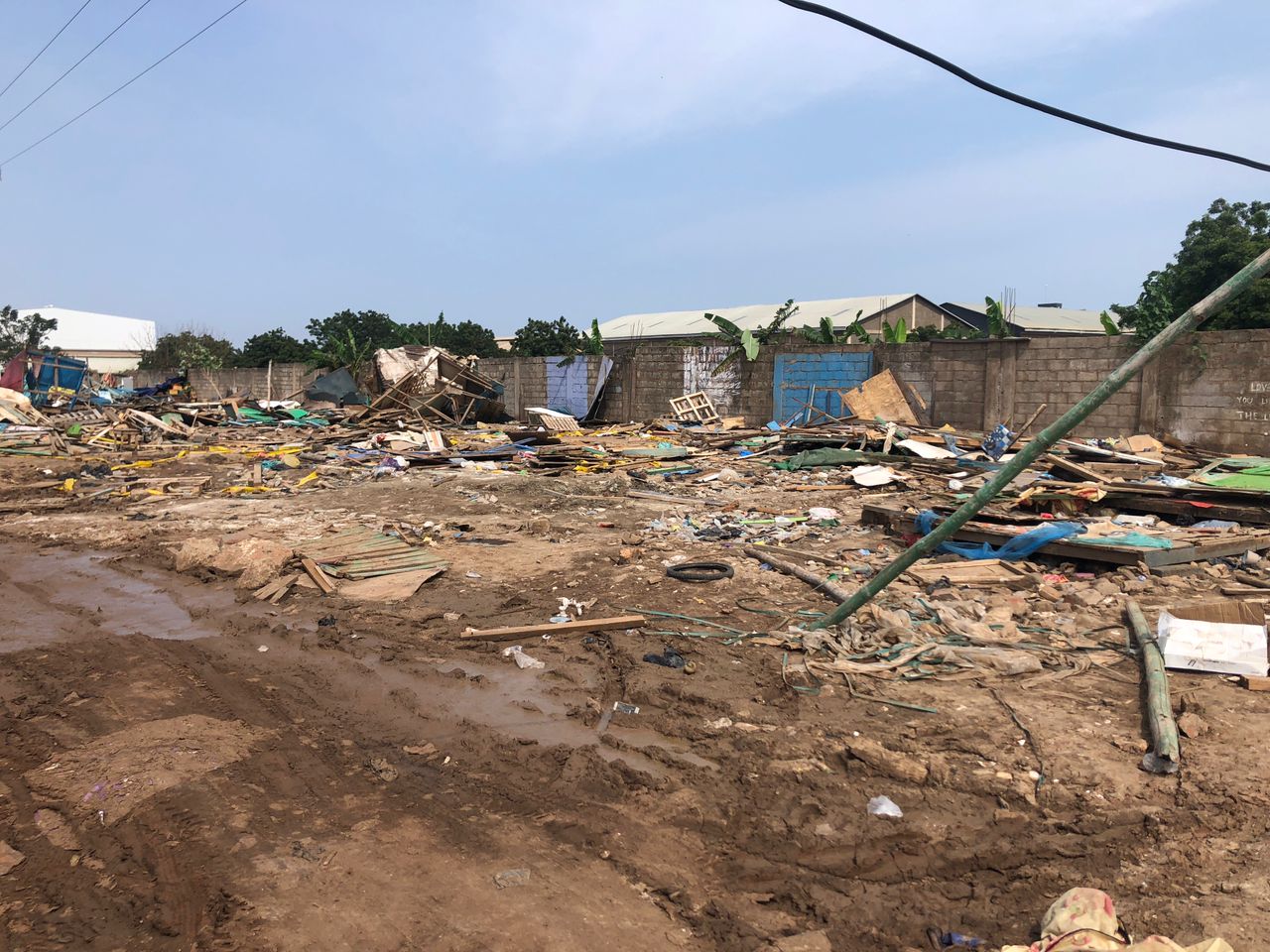