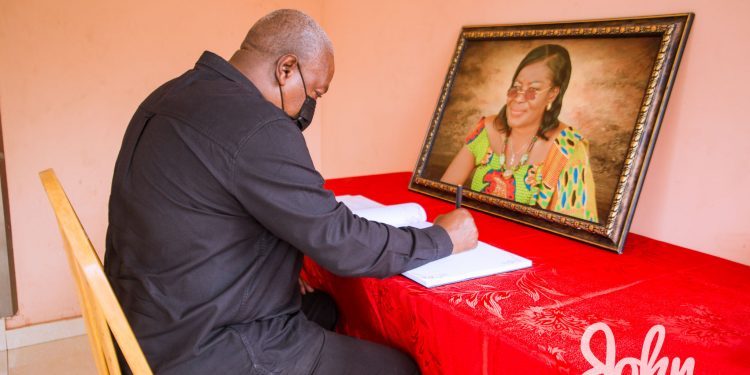 Former President John Dramani Mahama has signed a book of condolence opened for the late Ama Benyiwa Doe by her family.

Mr. Mahama signed the book of condolence on Sunday, September 26, 2021. 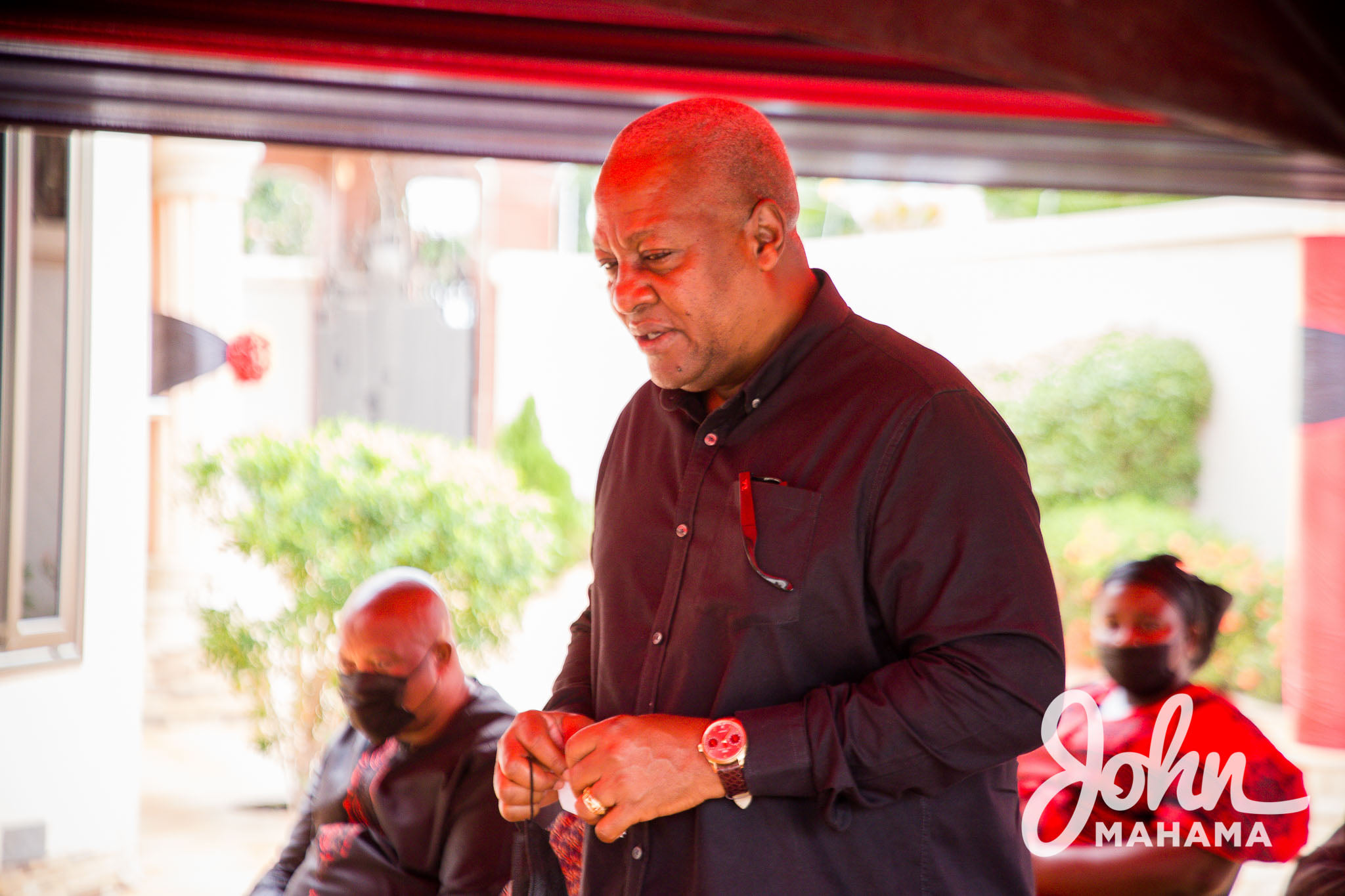 In a statement following her death, Mr. Mahama described the former Member of Parliament who was also a former Central Regional Minister as “one of the most inspirational icons to have served our party, the NDC, and this great nation.”

“She was not only a politician but also a gender activist and champion of women’s rights. Ama Benyiwa Doe was an embodiment of limitless courage, commitment, and passion for service.”

Mr. Mahama was accompanied by a former Chief of Staff, Mr. Julius Debrah, his Special Aide, Madam Joyce Bawa Mogtari, and other top officials from the NDC. 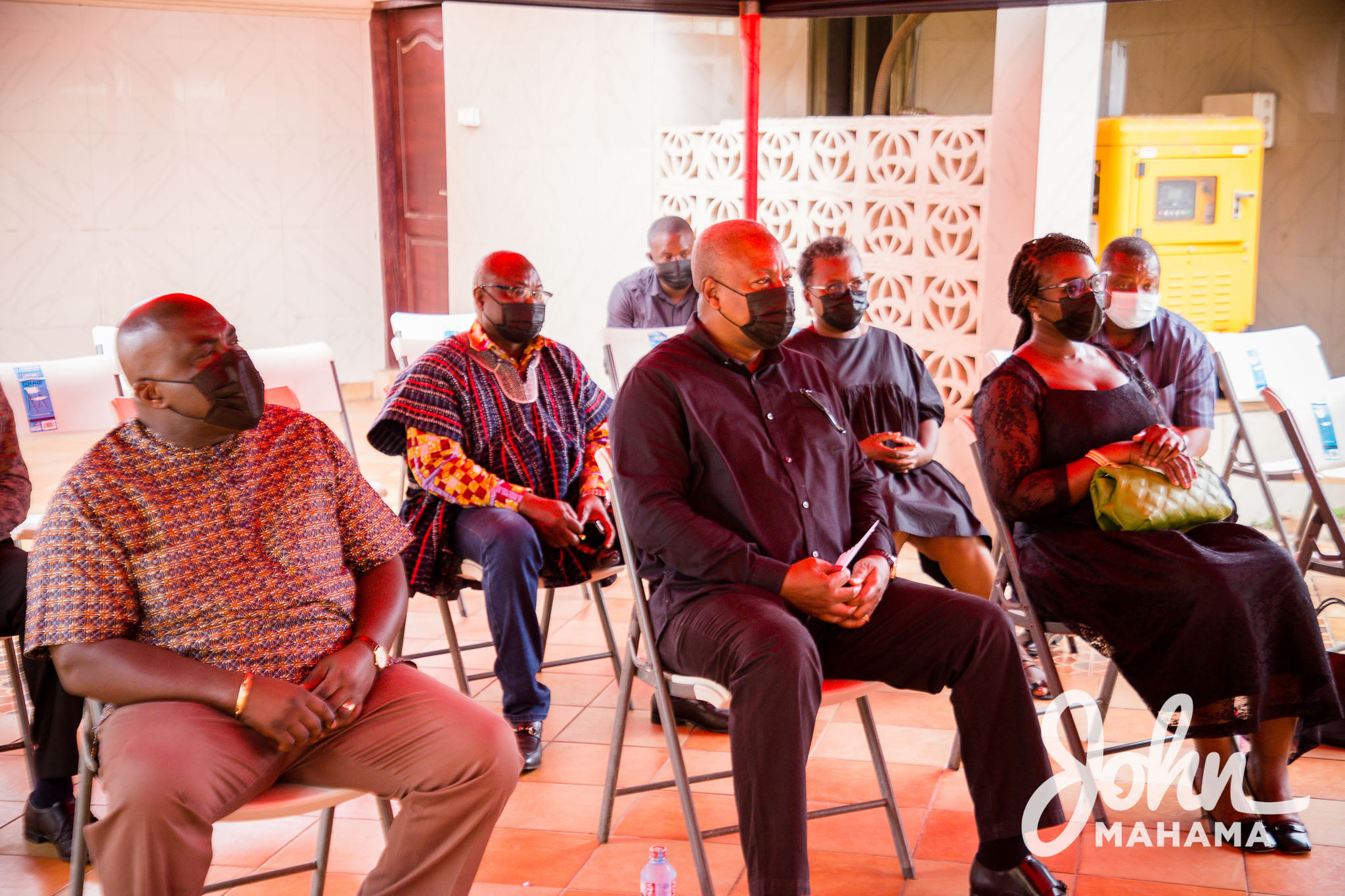 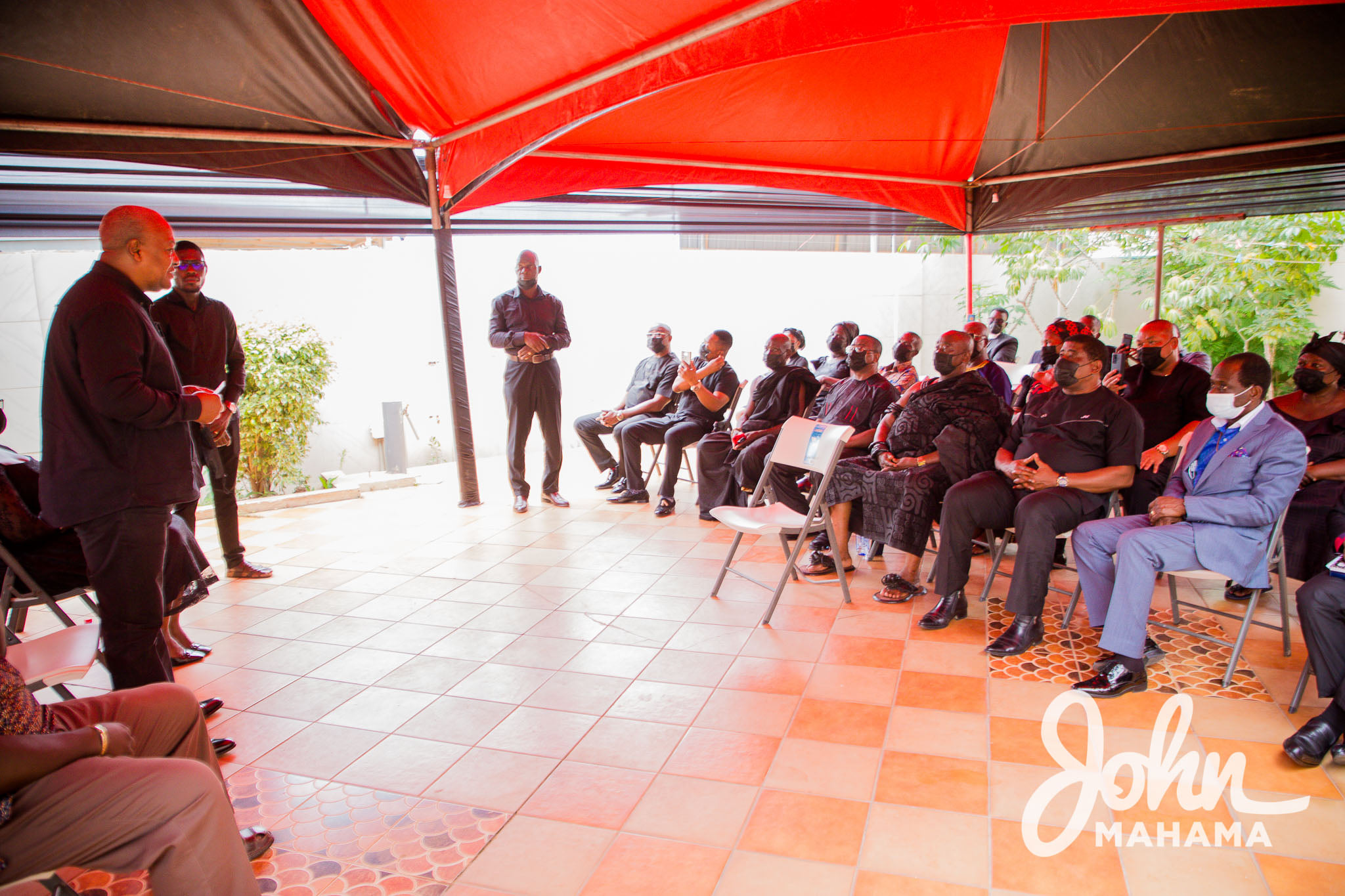 Jerry Kissi-Dei Yeboah, the special aide to Ama Benyiwa-Doe and constituency communication officer for Gomoa West, told Citi News that, “She has not been well for some time. Her health was unstable, and recently she took ill seriously. We did our best to give her the best health care…She was 73.”

We may drag Takoradi woman before court; she wasted our resources- Police

We may drag Takoradi woman before court; she wasted our resources- Police