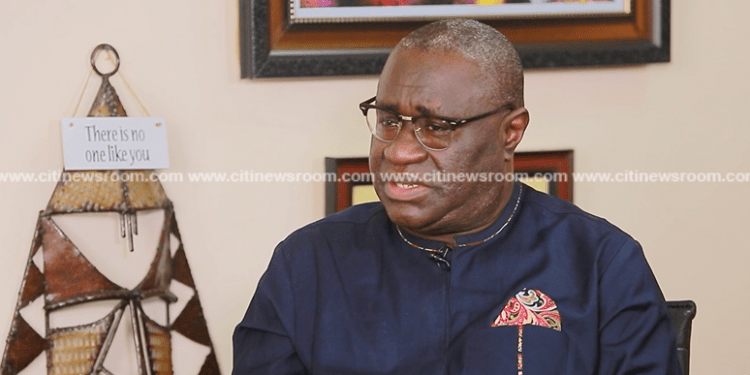 The Director of Faculty of Academic Affairs and Research at the Kofi Annan International Peacekeeping Training, Center, KAIPTEC  Professor Kwesi Aning, has called on the government to make public the findings of the Ejura Committee’s report.

According to him, the move will boost the confidence of the public in the government’s resolve to secure justice for the victims.

Professor Kwesi Aning’s call comes a few days after the families of the victims made similar demands during their visit to the National Chief Imam Sheikh Osman Nuhu Sharabutu.

Speaking on Citi TV’s Face To Face, Professor Aning said some vital security details of the findings could be concealed.

He however suggested that making the report public will also assure the victims of the unfortunate disturbances that the government shares in their pain.

“As an aspect of our security governance processes, it will be so useful if the government makes that document public. I mean we can deduct one or two things but certainly, I am hoping that the panel members spoke about police intelligence, police public relations, the conditions under which the military can be ordered to do crowd control, and the political processes for decision making.”

“So that report will be useful in assuaging the heads of the people of Ejura and also sending a signal that government is cognisant of the heads and the pain within the community.”

On a similar call, the Member of Parliament (MP) for Ejura-Sekyedumase Alhaji Bawah Braimah Mohammed, has also demanded the Justice Koomson Committee on the Ejura disturbances be made public.

Speaking to Citi News, Alhaji Braimah said the publication of the report was long overdue.

He said although Ejura has remained peaceful since the incident, many residents are anxious and want the matter completely resolved to give them some closure.

“As of now, we don’t even know the status of the investigations. Even though calm has returned to Ejura, the people are looking for justice to be served, and every heart will be at peace. I am calling on the Minister for Interior to as a matter of urgency get to the bottom of the matter.”

“They should publish the report of the committee and also ensure that the president will act on it. The continuous delay in the release of the committee’s report is worrying the people of Ejura,” he said.

The committee presented its report to the sector minister, Ambrose Dery in July 2021, after it concluded its public hearings in the Ashanti Regional capital, Kumasi.

Portions of the report cited by Citi News among other things, recommended the dismissal of the Municipal Chief Executive for Ejisu, Mohammed Salisu Bamba, as well as sanctions against the soldier who led the command for the ground operation on the day of the incident.