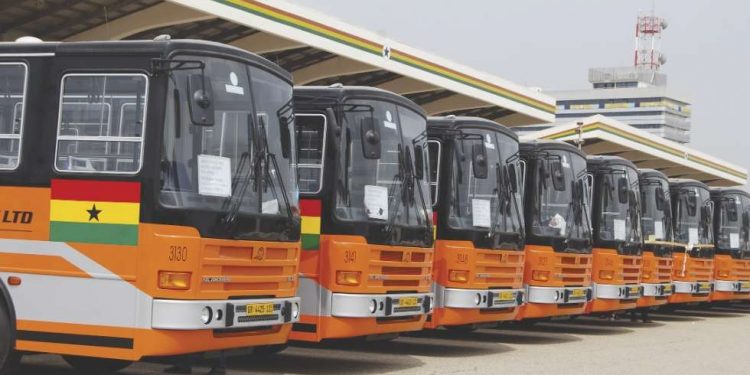 Management of Metro Mass Transit Limited is appealing to the government to provide the company with some 900 new buses to revive its operations.

According to them, most of their buses have broken down, hence the urgent need for a new fleet.

Speaking to Citi News, the Head of the Corporate Communications Unit at Metro Mass Transit Limited, George Krobea Asante, said the situation is worrying and gradually collapsing the company.

He is therefore asking the government to intervene to turn around the operations of the company.

“As a transport company, we are mindful of the fact that, the kind of buses we are running currently also affect customer confidence. We have done a lot of surveys, and we know our issues. We need buses. It was just two years ago that we were given 100 intercity buses. Those buses and a few others that are working number about 200, but as we speak now we need about 900 buses.”

This is not the first time Metro Mass Transit Limited has made this request.

In 2020, staff of the also called on the government to take steps to replace the deteriorated buses used for their daily operations.

They said the company was running with buses that are aged between 16 years to 20 years. The situation, the workers said, was hampering efficiency and revenue generation.

Chairman of the Senior Staff Union of the Metro Mass Transit Limited, Nii Ashitey Attram, said, although the staff is keen on getting other issues addressed, an addition of 200 buses to their fleet would help improve their operations.

“We are asking for a replacement of our aging fleets with new ones. We are also calling for the refurbishment of some of our out-of-use buses through intervention and partnerships with Neoplan Ghana, which has happened in times past. We are asking the government to as a long-term sustainability strategy increase its shareholding in Metro Mass,” he noted.