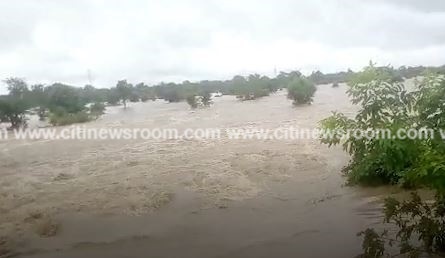 The National Disaster Management Organization (NADMO) in the North East Region has reported that about nine persons have died in the month of August due to weather-related incidents in the Region.

Six of them drowned in various rivers at Kunifor in the Chereponi District, Najong No. 1 in the Bunkpurugu District, and Janga in the West Mamprusi Municipality.

In addition, three others were killed by thunder lightning at Latarigu near Gambaga in the East Mamprusi Municipality.

But as torrential rains intensify in the region, residents remain uncertain and anxious.

North East Regional Director of NADMO, Alhassan John Kwauku in a Citi News interview said measures are being put in place to avert a recurrence.

“It’s worrying and unfortunate that that we have lost these people. It’s a great loss to us as a disaster management body and the region as a whole.”

“Even before the disaster, NADMO had embarked on intensive education for those farming along the White Volta to relocate to higher grounds. Some of them heeded to the call but some of them believe they can swim that is why they are going into the water.”

“So we are engaging the chiefs and other stakeholders to advise residents to stay away from the water. We as NADMO have also positioned our men to help deal with any situation that will arise from the spillage of the Bagre Dam”.

The downpour recorded in the region in the past has left thousands of acres of farmlands destroyed, while livestock has been carried away by the floodwaters.

Displaced persons in the affected communities are forced to put up in temporary structures, including school blocks.

Victims of flooding continue to cry out for help from the state after being displaced.