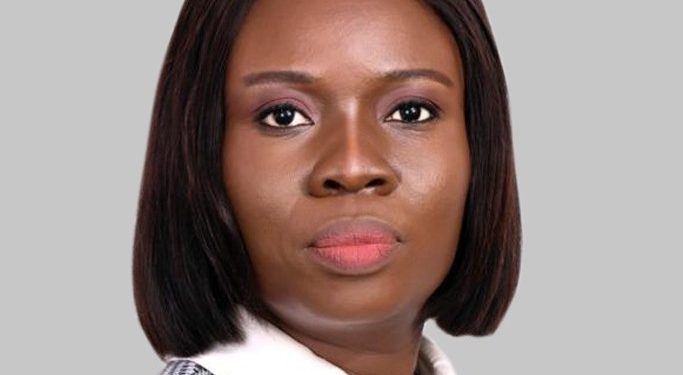 Fellow Citizens, I come in peace to share with you a few issues observed in our Constituency in the last few days.

The recent riots, vandalism and chaos that have greeted the nomination Hon. Ms Akosua Asabea Annoh is alien to our local governance politicking and a political party that prides itself of good democratic credentials in the country.

The Abuakwa south constituency has long been a beacon of democracy, a municipality that has produced astute politicians and statesmen, including our current President, Nana Addo Dankwa Akufo-Addo and therefore anything short of upholding the ideals of democracy solidified for many years in the constituency could be seen as a disaster. The country has waited for almost ten months since our last election in December 7, 2021 to get MMDCEs across the country and one would have thought that the final list released by President Akufo Addo after elaborate consultations will bring finality to all other concerns.

It appears that is not the case in a constituency that has nurtured my political life in the last three decades. Why would anybody have issues with the nomination of a first female MCE for this enviable Municipality, particularly at a time where the United Nations and many gender-based groups are pushing for more women participation in active politics?

Obviously, Abuakwa South Municipal District, one of the oldest and well known district in the country created from the former East Akim District Council, on 1 June 2018; cannot be denied its first female MCE that will be unthinkable.

This could not have come at a better place and time than Abuakwa South Constituency. We should be cautious not to let our actions and inactions be seen to be antagonizing women involvement in politics within the Municipality.

I have heard many argue for instance that the MCE nominee does not live in the Constituency. This is another backward selfish interest being pushed by a few. Yes, she does not live there because she works in Accra but more importantly, she is a native of Kyebi and her family permanently resides in the town. In addition, she comes home  frequently, especially  t during occasions like local and national elections to support the party and also attends other social gatherings.? Allowing the interest of a few over the majority could be a recipe for disaster, unfortunately that is what is currently happening.

In any case how can a person who had her primary education at the Methodist Primary and proceeded to the then State Presby JSS, be seen as a non-constituent? What about our outgoing MCE, was he a resident of Abuakwa south municipality when first nominated by the president and confirmed subsequently? What is good for the goose is equally good for the gander.

Act 462(6) (A) of the local government act states clearly who qualifies as an MMDCE and the nominee more than qualifies for that. It explains “A person qualifies to be elected or appointed to a District Assembly if that person (a) is a citizen of not less than eighteen years of age, (b) is a registered voter, (c) is ordinarily resident in the district in which that person seeks election, and (d) has paid the taxes and rates or made arrangements satisfactory to the appropriate authority for the payment of the taxes and rates of that person”.

A petition recently filed by one Kofi Dei calling for the rejection of the MCE nominee sums up the height of hypocrisy, selfishness, and ignorance anybody could exhibit. Therefore, I would urge the Abuakwa South Constituency Executives of the NPP to treat this petition with the highest contempt it deserves.

To the Assembly members and the Presiding member preparing to confirm the MCE nominee, I would say that let your conscience and your zeal to see development in the Municipality guide you. The outgoing MCE, Hon Kojo Ofori Sarfo did his bit, it is time to move on.  I admonish all of you to offer the same support to the new nominee, confirm her and make the Municipality great again.

We cannot afford another day without a substantive MCE to champion development in the area especially after over eight months of uncertainty.  Let us support President Akufo Addo and his nominee and treat any opinion that stifles development and progress as a distraction.