Police interdict four officers for assaulting some residents of Tamale 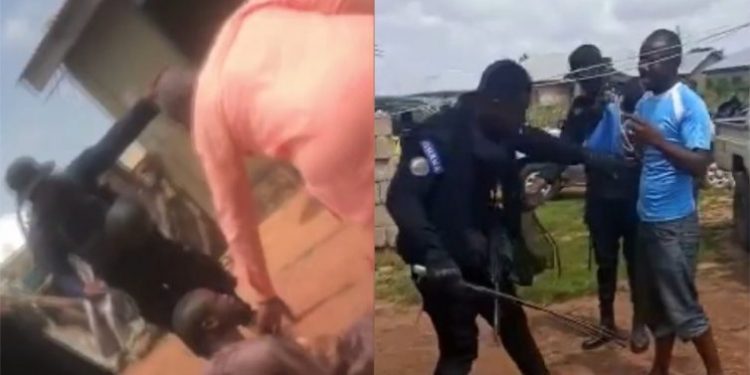 The Ghana Police Service has interdicted four police officers working with the Tamale Regional Police Command for assaulting some residents of Tamale in the Northern Region.

According to a statement from the Police Service, the four officers allegedly assaulted residents during an assignment by NEDCO/VRA officials to arrest persons allegedly involved in illegal power connections.

Reports indicate that some of the residents were whipped by the police officers in question.

A victim alleged that he was lashed after the police accused him of trying to make a call to someone.

Others also complained that they were handcuffed and detained.

The viral video of the assault has been widely condemned by some Ghanaians.

The incident happened in Zujung, Lamashegu and Nakpan Zou in the Northern Regional capital on Monday, September 20.

The four interdicted officers are expected to face a service inquiry.

Processes are also underway to identify the victims for the necessary medical assessments and assistance.

“The Police Administration has with immediate effect, interdicted four police officers working with the Tamale Regional Police Command following the alleged assault of some persons in Tamale in the Northern Region today, Tuesday, September 21, 2021,” police announced in the statement. 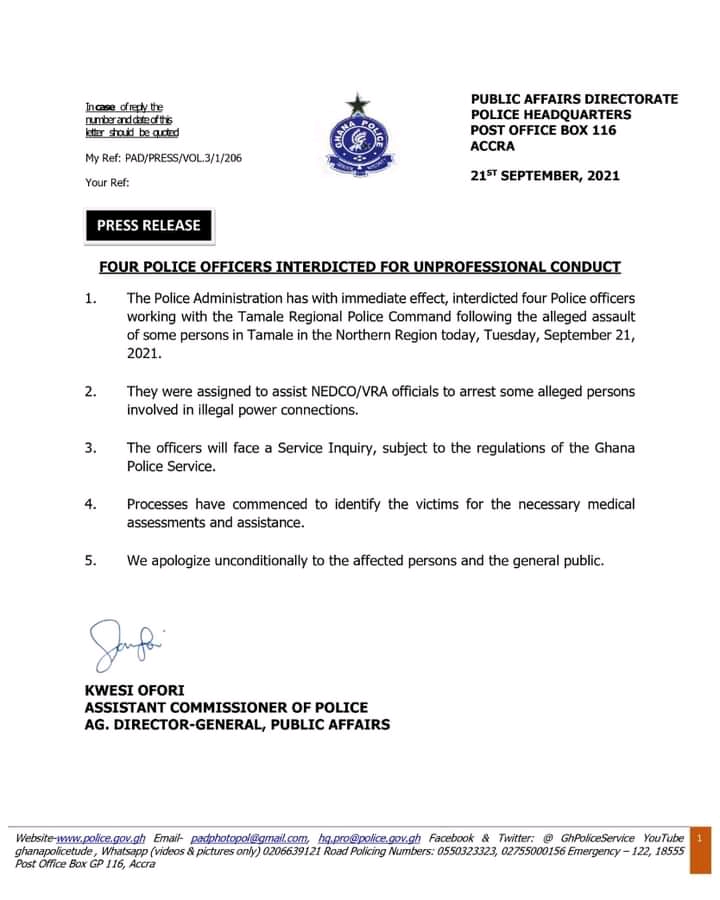 “We apologize unconditionally to the affected persons and the general public” the statement signed by the Acting Director-General of the Public Affairs Department of the Ghana Police Service, ACP Kwesi Ofori added.