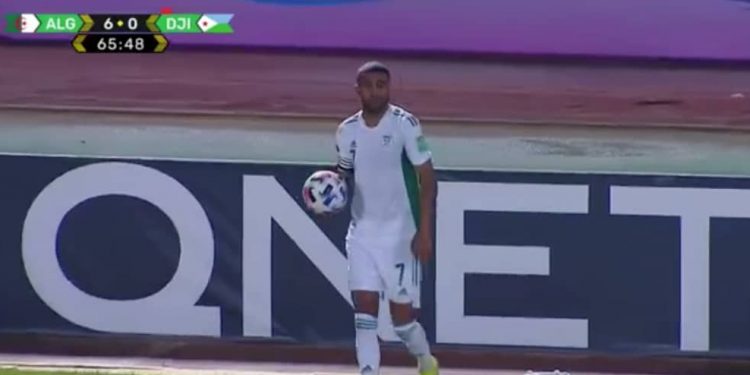 QNET, a leading e-commerce based direct selling company and official partner of CAF and ManCity, has sponsored several qualifying matches in the Africa zone of the 2022 FIFA World Cup, thus confirming the company’s passion and support for African football. QNET supports African football in its qualification for the FIFA World Cup Qatar 2022.

The e-commerce giant recently signed the sponsorship contract for several qualifying matches for the Africa zone of the 2022 Football World Cup. The first was played in Marrakech, on September 1, 2021, between Mali and Rwanda and it ended with a victory for the Eagles of Bamako to 1 -0.

Through this partnership, the multinational giant gets increased visibility during these matches and gets VIP seats offered to its distributors and guests.

Ms. Malou T. Caluza, CEO of QNET, said: “We sponsored the African qualifiers for the 2022 FIFA World Cup in Qatar, as part of our long tradition of supporting football around the world. We sponsored several international football teams due to the sport’s great similarity in terms of team spirit and cooperation to achieve success and desired goals. This value and partnership have allowed us to communicate intensively with our customers and distributors over the past seven years. ”

QNET is closely linked to the world of football especially in the expressive demonstration of the importance of teamwork, an essential quality in both football and direct sales. In Africa, QNET has been the official direct sales partner of the Confederation of African Football (CAF) club competitions on the African continent since 2018. This includes Total CAF Champions League, CAF Total Confederation Cup, and CAF Total Super Cup. This partnership, renewed for 2 years in February 2021, offers QNET distributors exclusive access with privileged treatment to the various matches of CAF interclub competitions in the region.

The story of QNET and football reached its peak in 2014 when it became the official direct sales partner of Manchester City Football Club. The agreement, renewed for ten years, allows QNET to continue to provide ManCity-led football clinics to communities around the world and to connect more closely with consumers and distributors around the world through the various club channels.

Schedule of matches sponsored by QNET during the Africa Zone qualifying stage of the Qatar 2022 World Cup are as follow:

Tunisia vs Mauritania
Nigeria vs Central Africa
Ghana vs Zimbabwe

November 10 – 13:
Togo vs Senegal
Tanzania vs DR Congo
Libya VS Egypt (to be confirmed)

QNET is one of the leading e-commerce based direct selling companies in Asia, offering a wide range of health, wellness, and lifestyle products that empower people to lead better lives. QNET’s local business model, fueled by the power of e-commerce, has helped empower millions of entrepreneurs in more than 100 countries around the world. QNET is headquartered in Hong Kong and operates in more than 25 countries around the world through subsidiaries, branches, agency partnerships, and franchisees. QNET is a member of the Direct Selling Association in several countries, as well as the Hong Kong Health Food Association and the Health Supplements Industry Association in Singapore, among others. QNET is also active in sports sponsorship around the world. Some of the most prominent partnerships include the Manchester City Football Club direct sales partnership and the CAF Club League African Championships.