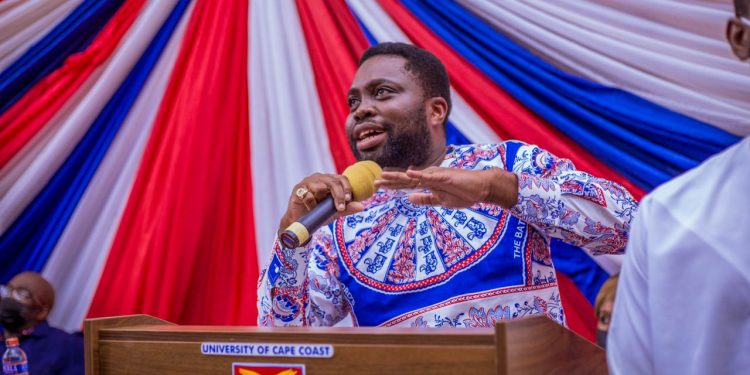 Kow Abaka Essuman, the Legal Counsel to the President of the Republic, Nana Akufo-Addo, has urged the youth and sympathisers of the New Patriotic Party (NPP) to remain loyal to the party and tell the story of the good works of the NPP government.

Speaking at the General Meeting of the Tertiary Education Student Confederacy of NPP (TESCON) at the University of Cape Coast in the Central Region on Sunday, 29th August 2021, Mr. Essuman encouraged the young intellectual base of the party to look at former members of TESCON and the youth, who had risen to high offices in government and are contributing extensively to the development of the country. 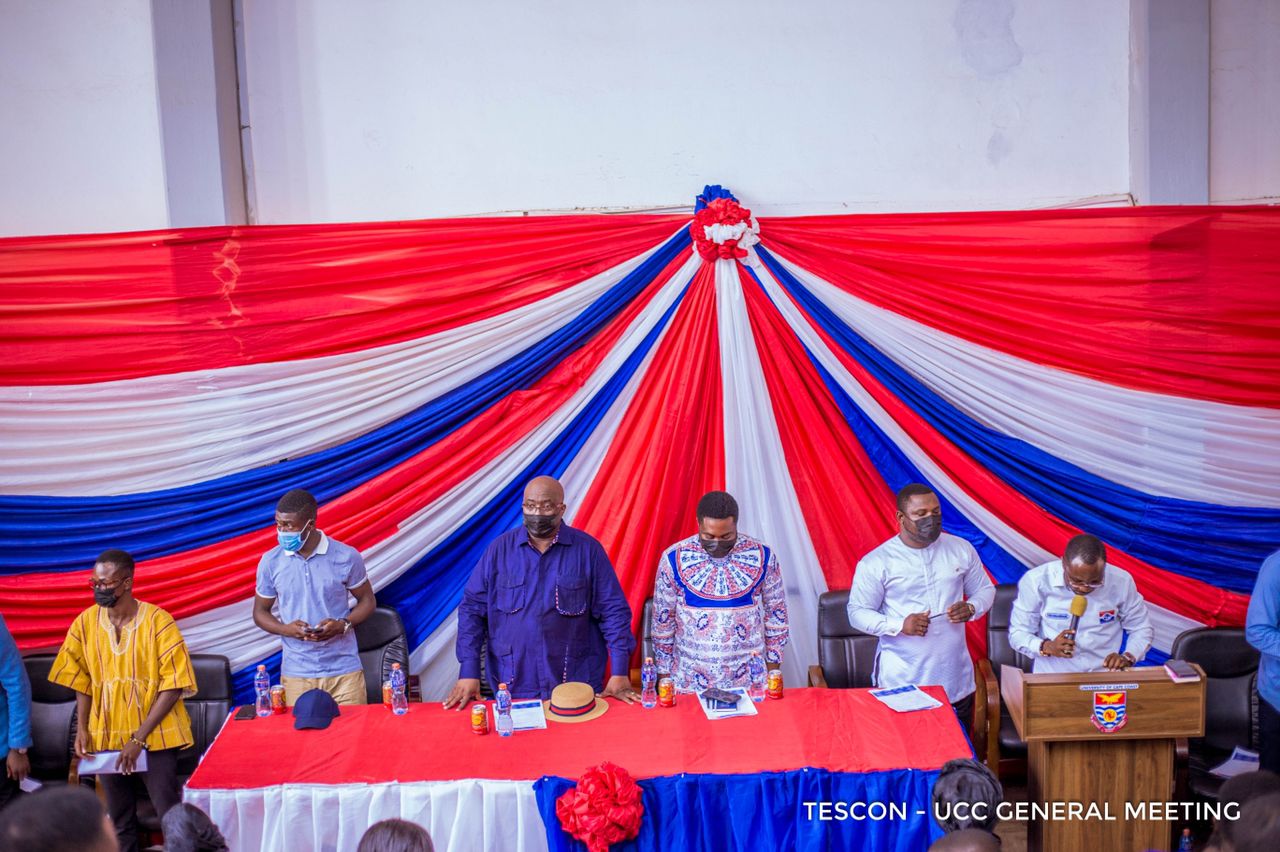 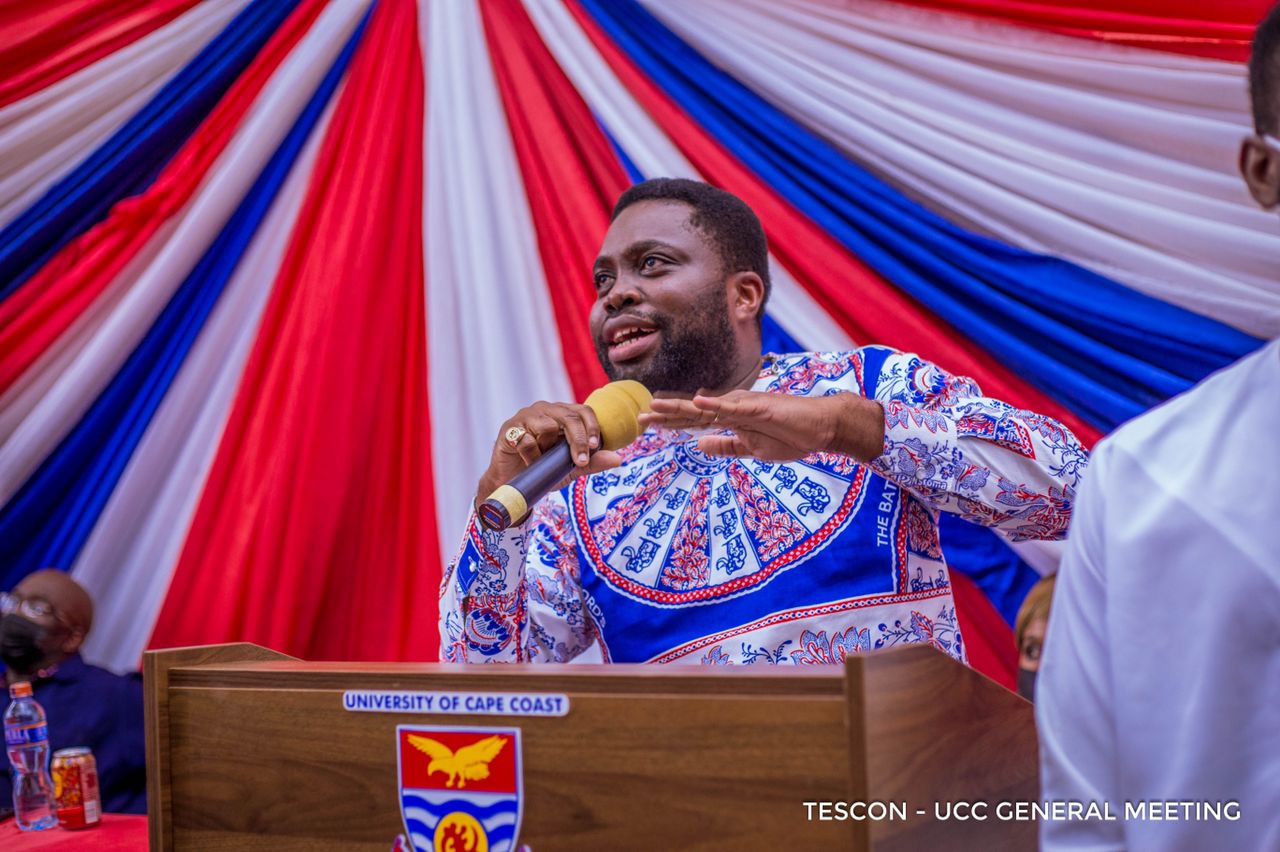 He also cited examples of young people working at the Office of the President including Mr. Fawaz Aliu, one of the Deputy Chiefs of Staff, who is an alumnus of UCC, and himself, who’s the Legal Counsel to the President.

Mr. Essuman urged the youth to tell the success stories of the Akufo-Addo government and defend the policies and programmes of the government because if they don’t the NDC will tell the story for them.

He stated that the youth have the biggest stake in the 2024 elections, and that, telling the success stories of the government is the only way the NPP can win the next election.

He mentioned that the Agenda 111 hospitals project will become the biggest health infrastructure investment in the country, and charged the youth to tell such stories confidently, wherever they find themselves. 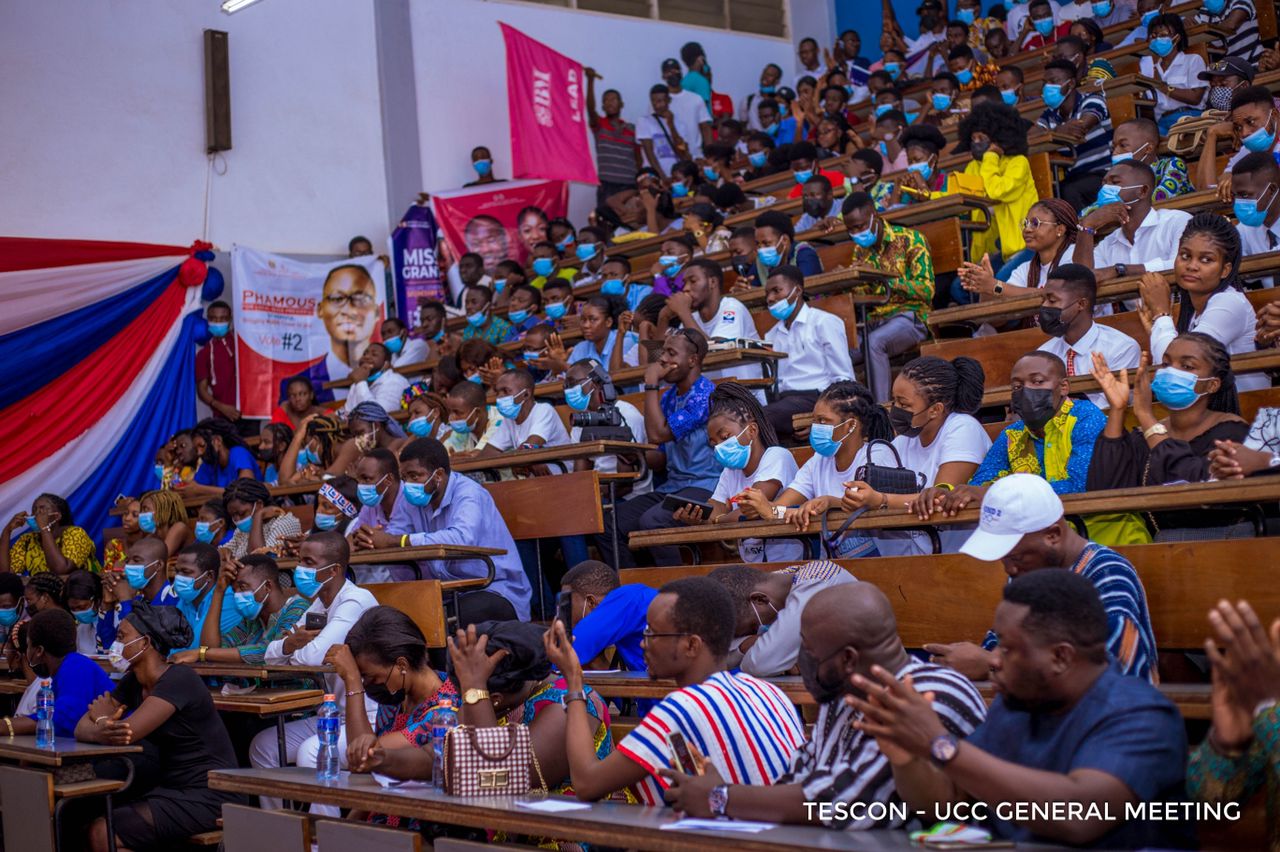 He stated that the President cares about the next generation and that is why, against all odds, he implemented the Free SHS programme so that every young person in Ghana can have access to quality education.

He added that the health of the nation is of paramount importance to the President, that is why he fought COVID-19 in a way that earned him applause on how Ghana has handled the situation.

He concluded that the youth can be proud of the President because he puts the development of the next generation first.

The General Meeting forms part of intensive commencement of the party’s engagement duties to rekindle the student base towards winning the next election and recapturing of the Cape Coast North parliamentary seat, which the Party lost in the 2020 general election.