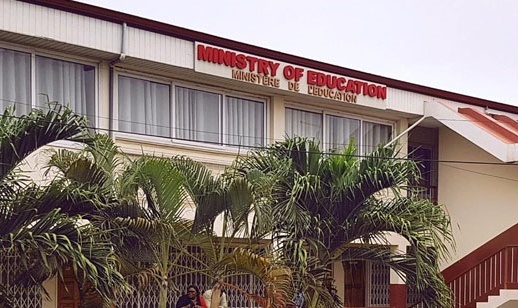 The Ministry of Education has denied claims of food shortages in some Senior High Schools in the country.

There were earlier reports of shortages of either non-perishable foods, which are supplied by the National Food Buffer Stock Company, or perishable food items, which the schools purchase with funds from the state.

The General Secretary of the Ghana National Association of Teachers (GNAT), Thomas Musah complained to Citi News on Tuesday, August 30, 2021, about agitations from his union over the issue.

GNAT gave the government a September 1 ultimatum to tackle the problem.

Messages from students and parents on the Citi Breakfast Show on Tuesday August 31, 2021, also suggested that the dining hall menus in some schools were unsatisfactory.

Responding to this on the Eyewitness News, the Public Relations Officer of the Ministry of Education, Kwasi Kwarteng, said checks by the Ministry reveal that there is no such situation in the various schools.

“My checks with the GES show that no school in Ghana is experiencing shortage of food. I was even with the PRO of GES when she called a headteacher of one of the schools who confirmed that it is not true. The situation according to our checks is not entirely as is being painted.”

“Nevertheless, we will not end it here, it is an opportunity for us to get down to the schools and find out what the actual problem is. We will get in touch with some more schools to make sure that the issues are rectified, that is if they exist.”