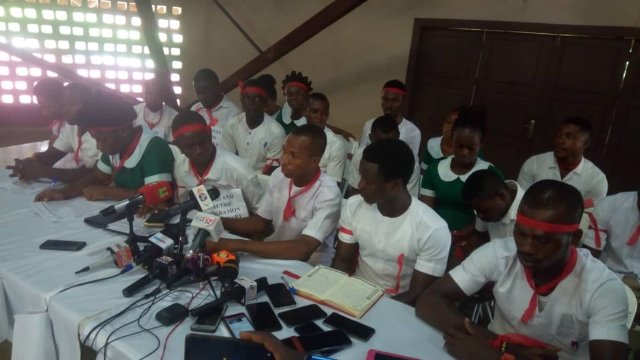 The Coalition of Rotational Nurses and Midwives has threatened that its members will lay down their tools beginning October 1, 2021, following the non-payment of allowances.

According to them, their allowances have not been paid since they began their mandatory one-year national service in February 2021.

The health workers lament that the situation has brought untold hardship, hence their decision to strike.

“As it stands today, there is no payment. Not even a penny. In the process of payment, they should give us a staff ID and go through biometric registration before payment will be done, but as we speak, we don’t have the staff ID, and we haven’t done the biometric registration. So it means, payment is not even due in the next one month. In the past one month, we have been trying to get in touch with leadership, the Ministry of Health, and it is not yielding any positive results”, President of the Coalition, Wutor Cosmos Venunye told Citi News.

He added that the failure of the government to release a communiqué indicating a time frame for the payment of their allowances by September 30, will compel them to go ahead with their plans.

The Coalition is a group of rotation nurses and midwives recruited by the government after training to do a year-long mandatory service.

This is not the first time it has raised concerns over unpaid allowances.

Members have either embarked on strike or demonstration to plead with the government to advance action on paying service allowance arrears.