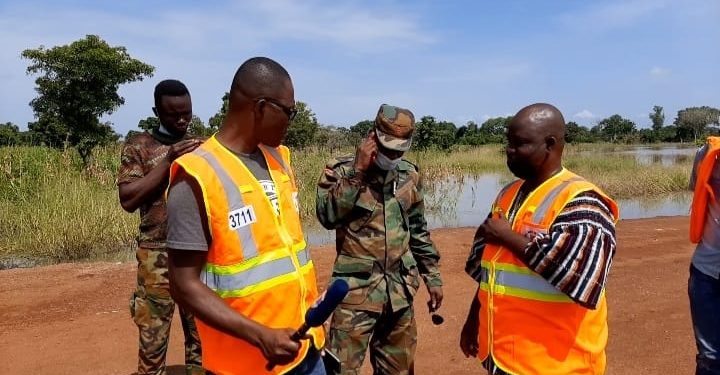 Military personnel have been deployed to assist in managing floods in the North Gonja District of the Savannah Region.

Though the Bagre Dam is yet to be spilled, all roads leading in and out of Daboya, the district capital, are flooded and unmotorable.

Personnel of Operation Thunder Boat of the Ghana Armed Forces have thus been deployed to the district with assault boats and live Jackets to assist NADMO in managing the crisis.

The Savannah Regional Director of NADMO, Mohammed Tohir said the current situation has never been witnessed in the district.

“The flood crisis is increasing in the North Gonja district, and we are preparing for the spillage of the Bagre Dam. We have never had a situation where Tachale road has been cut off through floods. Yesterday we witnessed one. We are now on an island because all the 4 routes linking to Daboya have been cut off through floods. So we cried to our superiors, and they gave us members of Operation Thunder Boat with life jackets and a number of engine boats to assist us.”

Mr. Tohir said relief items have been deployed to all seven municipal and district offices in the Savannah Region in readiness for any eventuality.

“Currently, I have given all the seven districts and municipalities in the region a quota of the relief items that we have for emergency use so that in case anything happens they can attend to it.”

Meanwhile, the paramount chief of Wasipe Traditional area wants a permanent solution to the perennial challenge.

Yakubu Adam, a sub-chief who spoke to Citi News on behalf of the Wasipewura called on the government to construct the much-talked-about bridge on the White Volta and reconstruct existing bridges on the roads. 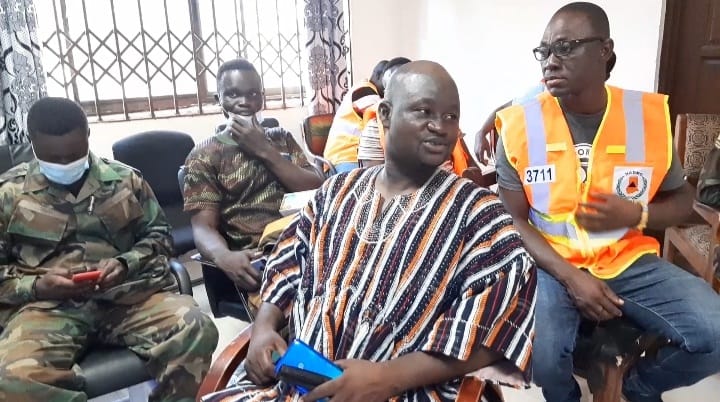 “Government needs to construct the Daboya bridge. We need a permanent solution, and that bridge is the permanent solution. The other bridges need to also be expanded to be able to contain the water when something like this happens.”

Last year some 14 communities were flooded in the North Gonja district of the Savannah Region when the Bagre Dam was spilled.

Thousands of people were displaced and several hectares of farms were submerged. 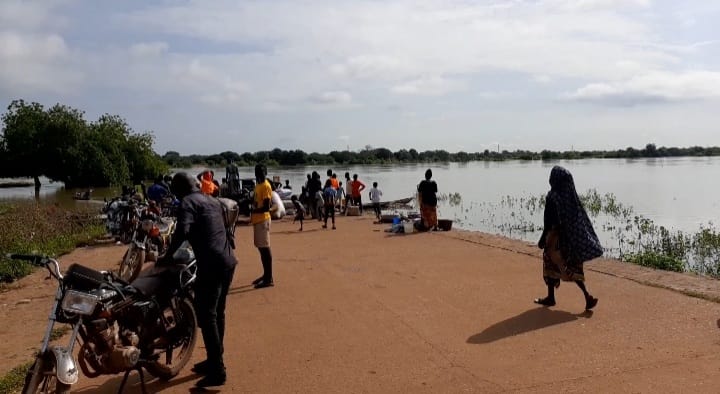 This year, residents of the district are suffering from floodwaters from the White Volta.

Because their roads have been cut off, residents in and around Daboya have resorted to travelling on boats without life jackets.