Save poultry industry from collapse – Mahama to government 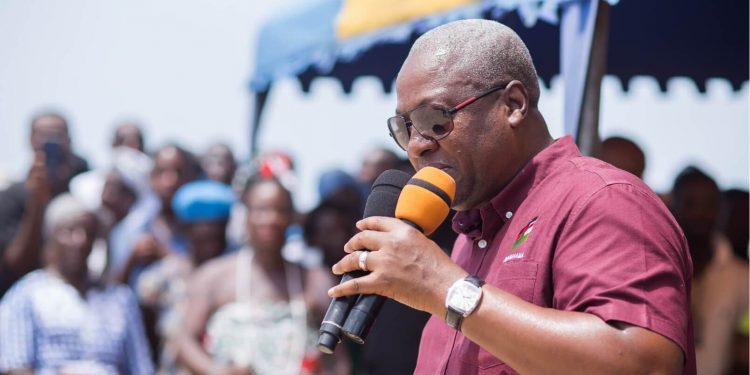 Former President John Dramani Mahama has made an appeal to the government to urgently attend to the challenges confronting the poultry industry to save it from collapse.

According to Mr. Mahama, many poultry farmers are being forced to shut down due to the high cost of maize, the main food input that poultry farmers use to feed their birds.

Speaking in an interview on Moonlite Radio as part of his tour of the country to thank Ghanaians for their votes in the 2020 elections, the former President expressed concern that the development if unchecked would worsen the already difficult economic situation the country is facing as many farmers would be forced to stop.

“You can ask the Poultry Farmers Association. They will tell you the assistance we [NDC Government] gave them that boosted their poultry industry. But today the poultry industry is in a poor state. Their main input is corn; add vitamins, Keta schoolboys and other ingredients as their feed. But today you can’t even buy the corn. It is a challenge getting it for even for your own consumption, how much more your chickens,” he observed.

He said so costly is the maize that after the farmers add fish, vitamins, and other ingredients, they are hardly able to make any profit after selling the eggs or the birds.

The former President blamed the failure of the government’s much-touted Planting for Food and Jobs Programme for the situation, explaining that if it had been properly handled, it would have yielded the needed maize production to keep the poultry business thriving.

The 2020 flagbearer of the National Democratic Congress also identified the lack of fertilizer as a major cause for the shortage of maize explaining that the government is owing to the fertilizer suppliers who as a result, did not have money to bring in fertilizer to grow more maize and other agricultural produce.

He, therefore, appealed to the government to urgently address the situation to save the local poultry industry.

He stressed failure to protect the industry would lead to a loss of foreign exchange, an increase in unemployment, and also result in the country having to rely on more imported chicken for its needs.