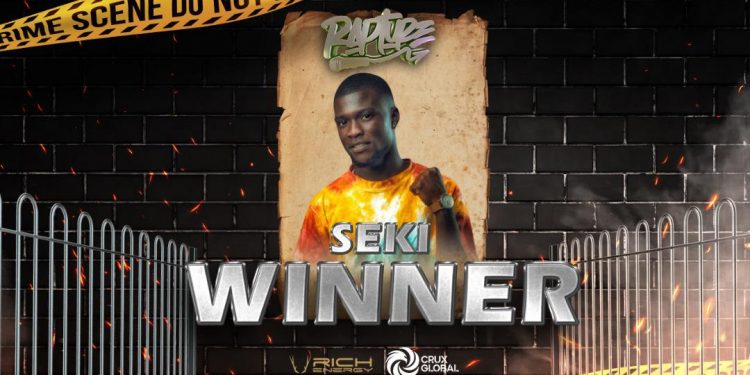 The run for who rules rap in Ghana has come to an end with Seki Music ‘murdering’ the other contenders, to be crowned ‘King of Rapture’.

His thrilling performance left all in awe as he impressed the audience and judges from start to finish.

The four-part competition started off with the 1st round consisting of introductory performances from all seven contestants.

The 6 contestants who proceeded to the 2nd round freestyled for 60 seconds after which they held one on one battles to climax the 3rd round.

With Konfidential and Kofi Kunta eliminated at the 3rd round, the remaining 4 proceeded to the Rhyme with the word round, which saw Seki Music and Amino Cortez proceed to the finals.

Although both artistes displayed their prowess at the mic, Seki Music trashed Amino Cortez to take to Takoradi the GHS60,000 prize package, which includes a digital distribution deal from Crux Global and the bragging right of Rapture God. 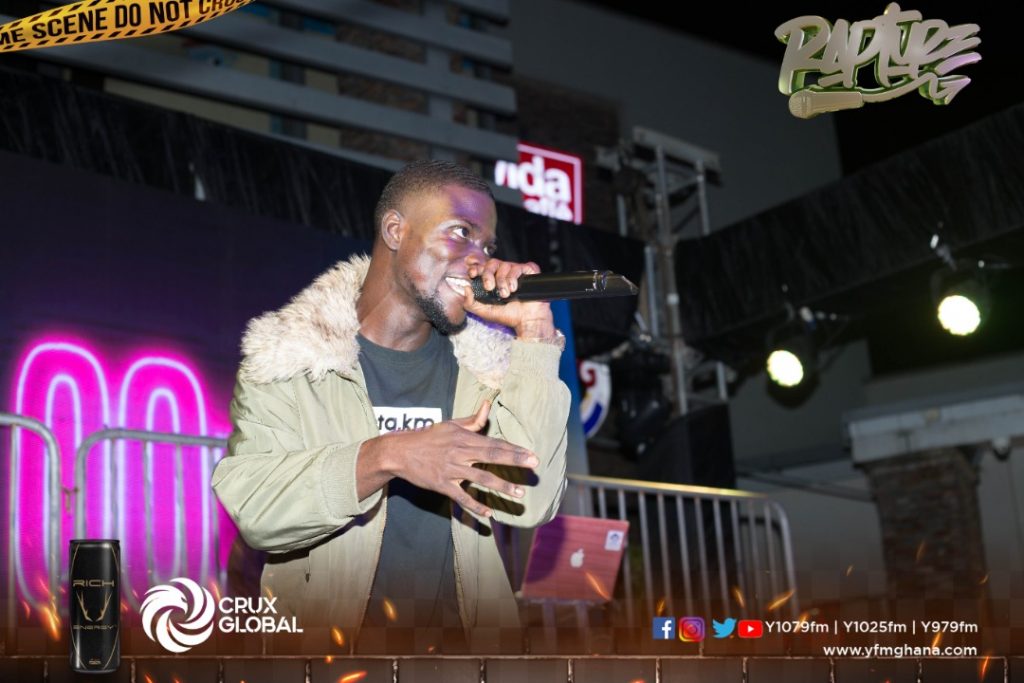 Black Avenue Musik boss, D-Black, who was a judge at Rapture, pulled a surprise prize package for the final 4.

He awarded them with a collaboration deal worth GHS5,000 each.

The other contestants went home with some consolation prizes.

Seki Music attributed his win to the finesse of the other contestants. He noted that the other contestants sharpened his rap talent and pushed him to do more, so he could emerge as the winner of the competition. According to him, the competition was not just a contest, but an avenue from which he met with and learned some of Ghana’s finest rap talents.

“I am glad I partook in Rapture, and it has given me the opportunity to learn more from the YFM brand, resources, and colleagues I contested with. Being crowned Rapture god will not only break me into the limelight, but it will also help me share my gift with the rest of the world.”

Coordinator for the Rapture Competition, Ato Kwamina Essuman, described the contests as a major success and appreciated sponsors for helping revive the rap culture. To him, the rap culture has been Ghana’s banner and with competitions like Rapture seeking to return the limelight of the genre, then the competition has been successful.

The term ‘Rapture’ which was beautifully coined from source words Rap + Culture and Future will not only unearth talent and revive the rap culture but it will also reward rappers who prove themselves ‘top dogs’, and capable of carrying the banner of the rap culture through the sands of time.

Rapture is sponsored by Rich Energy Drink and Crux Global.