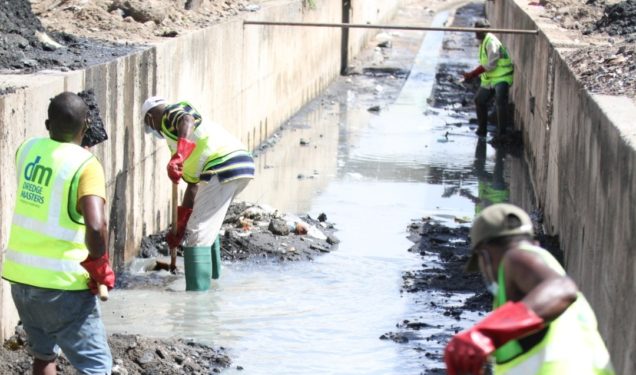 The National Disaster Management Organization (NADMO) in Somanya will soon prosecute persons who construct, connect and discharge waste into drains and streams in the Yilo Krobo District of the Eastern Region.

According to NADMO, these acts of lawlessness in the district do not only deteriorate the existing poor sanitary conditions in the area but also have a tendency to trigger a possible cholera outbreak if not properly checked.

“The issue is that a church in Somanya has connected its toilet into a drain and the drain is not too far from the stream. The intention is bad, so we have informed the Environmental Health Department through the Assembly for an action to be taken”, the Yilo Krobo District Director of NADMO, Michael Jackson Bruku told Citi News.

He further explained that his outfit has reported some groups to the assembly and also cautioned others who are in the act to desist from the illegality.

Mr. Bruku also warned that persons who fail to comply with the law risk being taken to the court for the appropriate legal action.

“We also want to caution those who have done a similar thing to desist and that NADMO will be going around and anyone seen engaging in the act will be taken to court and prosecuted.”