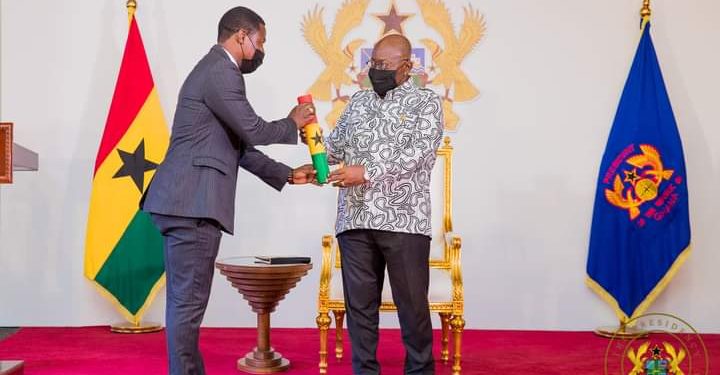 The President, Nana Addo Dankwa Akufo-Addo has asked residents of the Western North Region to support their Regional Minister, Rocky Obeng to achieve great success for the region.

“You have a fine Regional Minister who is young and innovative, support him to succeed,” he said. 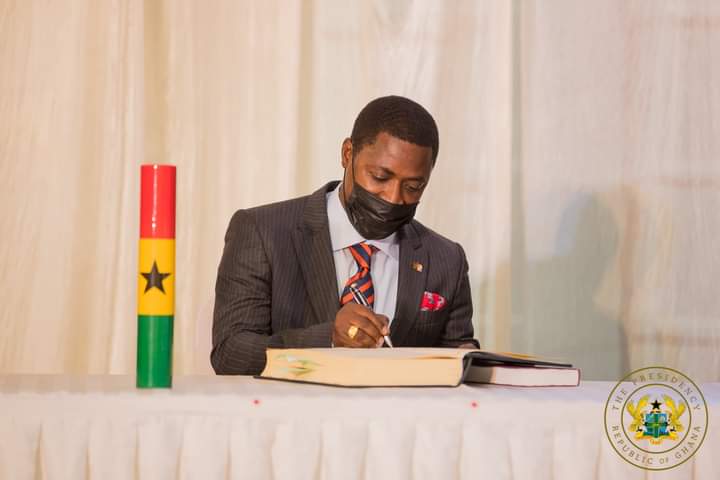 The President who was speaking on Sefwi-Wiawso based Liberty FM as part of his two-day tour of the Western North Region said “when he assumed office, he introduced the one school child, one desk initiative aimed at addressing the deficit with school desk. If you are not creative and innovative, how can you think of such an initiative?”

Nana Akufo-Addo added that “you know my stance on education leading to the introduction of the Free SHS policy, so if you get a Regional Minister who is helping in this direction, l must commend him for that. Rocky has done well and l fully endorse this initiative of his”.