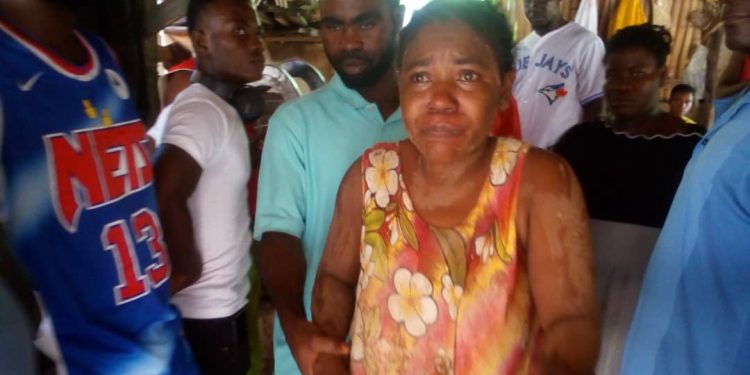 The Director of Public Affairs of the Ghana Police Service, ACP Kwesi Ofori, says Josephine Panyin Mensah was not coerced to confess to faking her kidnapping and pregnancy.

“There was no molestation, no intimidation, no one coerced her to speak the truth. It was a voluntary statement to the Police,” ACP said on Citi TV/Citi FM’s The Big Issue.

He said Josephine made these confessions in the presence of “an independent witness, her mother and husband.”

Josephine has been in the news for weeks after it emerged that she was supposedly kidnapped during a dawn walk with a nine month-old pregnancy.

When she was found in Axim, several miles away from Takoradi where she was allegedly kidnapped, she was mute, unkempt, and without any sign of the said pregnancy.

Claims that she delivered on the same day she was allegedly kidnapped and the baby taken away by the kidnappers have been put under scrutiny with the Western Regional Minister, Kwabena Okyere Darko-Mensah stating on Wednesday, September 22 that the said pregnancy was fake.

The police administration in a subsequent statement confirmed the minister’s claim after two medical tests were conducted on her.

However, some members of the public, including Josephine Panyin Mensah’s family and neighbours had insisted she was pregnant at the time of her disappearance.