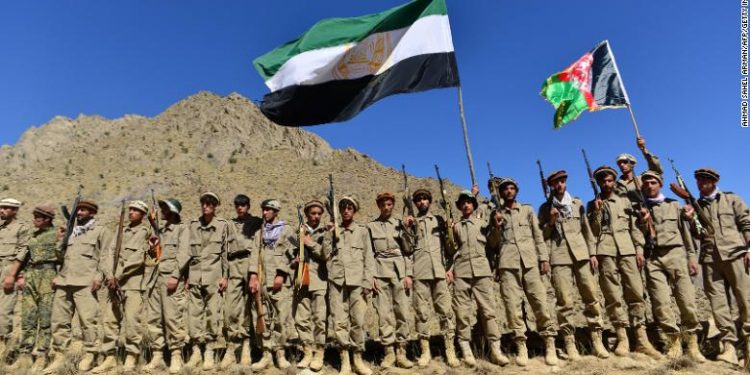 The Taliban has claimed victory in Afghanistan’s Panjshir province, with a spokesman saying the region had been “completely conquered” following two weeks of fierce fighting with a resistance group.

Panjshir was the last remaining hold-out among Afghanistan’s 34 provinces to resist the Taliban. If the claim is true, it would mean the Taliban now control every Afghan province.

However, the National Resistance Front in Afghanistan (NRF), an anti-Taliban group that has been battling the militant’s offensive in the Panjshir Valley, denied the claim, with spokesman Ali Nazary telling CNN: “The resistance is still all over the valley.”

Photos and videos shared on social media showed the white flag of the Taliban hoisted between buildings in what was claimed to be the center of Panjshir. CNN cannot independently verify the image.

“The last nest of the enemy, Panjshir province, was completely conquered… We assure the honorable people of Panjshir that they will not face any discriminatory treatment.

They are all our brothers, and we will work for one country and one common goal. With the recent efforts and this victory, our country is completely out of the vortex of war,” Taliban spokesman Zabihullah Mujahid said in a tweet.

Although it did not deny the center of Panjshir had fallen to the militants, the NRF said other areas in Panjshir remained under its control.

“Most of Bazarak district and all the side valleys are controlled by the NRF,” Nazary said.

“Taliban’s claim of occupying Panjshir is false. The NRF forces are present in all strategic positions across the valley to continue the fight. We assure the people of Afghanistan that the struggle against the Taliban and their partners will continue until justice and freedom prevails,” the NRF said.

The claim comes after a weekend of intense fighting in the Panjshir Valley, with heavy casualties reported.

NRF leader Ahmad Massoud said in a Facebook post on Sunday he is in support of clerics in the capital Kabul who have called for an end to the fighting and was ready to talk once the Taliban withdrew troops from Panjshir and the neighboring district of Andarab.

Earlier, Taliban spokesman Belal Kareemi told CNN the group’s militant fighters had taken all districts of Panjshir province except for the capital of Bazarak and Rokha districts, which remain under NRF control. But resistance fighters appeared to rebut the Taliban’s claims.

Panjshir is a strategic slice of mountainous terrain rich with precious mineral resources around 90 miles (144 kilometers) north of Kabul, and the only region among Afghanistan’s 34 provinces to remain out of the Taliban’s control.

For two weeks the NRF, a multi-ethnic group that includes former Afghan security force members and reportedly numbers in the thousands, has continued the fight against the Taliban following the militants’ almost-complete takeover of Afghanistan.

NRF leader Massoud said the group agreed to certain measures “to facilitate the requirements of national peace and security in the country” and “hopes that the Taliban will respond to the request of the clerics and take practical steps.”

“The National Resistance Front is ready to immediately end the war in order to achieve lasting peace, if the Taliban end their attacks and military operations in Panjshir and Andarab,” Massoud said.

“The National Resistance Front fully supports the call of the religious scholars to lift the penalties imposed on Panjshir and hopes that the Taliban group will take this Islamic and humanitarian demand seriously and implement it,” he added.

Parwan and Kapisa are neighboring provinces to Panjshir.

There’s been no official Taliban response to Massoud’s proposals.

After his comments, the NRF said its spokesmen Fahim Dashty and General Abdul Wudod Zara had been killed.

“Regretfully, the National Resistance of Afghanistan lost two companions in the holy resistance against oppression and aggression today,” the group tweeted. “May their memory be eternal!”

On Sunday, Taliban spokesman Kareemi claimed the enemy had suffered “heavy casualties,” including among their commanders, and that the Taliban hope to be able to “clear Panjsher as soon as possible.” Taliban fighters are currently advancing toward Rokha and Bazarak, Kareemi added.

Before his death, NRF spokesman Dashti appeared to rebut the Taliban’s claims, tweeting that the Paryan district of Panjshir was “completely cleared” of the Taliban.

“At least 1,000 terrorists were trapped due to the cutting of their way out.

All the attackers were either killed, surrendered or captured by locals with help from resistance fighters as they fled and retreated. Many of these prisoners are foreigners and most of them are Pakistanis‌,” Dashti said.

CNN has not been able to independently verify the overall casualty figures in the latest rounds of fighting.

It comes after UN under-secretary-general for humanitarian affairs Martin Griffiths met with Taliban co-founder and deputy leader Mullah Baradar and other senior Taliban figures in Kabul to reiterate the UN’s commitment to humanitarian aid there.

“In this meeting, Mr. Griffiths reiterated the humanitarian community’s commitment to deliver impartial and independent humanitarian assistance and protection to millions of people in need,” Stéphane Dujarric, spokesman for UN Secretary-General António Guterres, said in a statement.

The UN said Afghanistan “faces a looming humanitarian catastrophe” fueled by conflict, drought and hunger. Half the country’s population — 18 million people — need humanitarian assistance to survive and the situation will become more acute as a severe drought, the second in four years, will further contribute to hunger in the months ahead, according to Dujarric.

On Sunday, aid planes from Qatar and Bahrain arrived in Kabul, transporting more than 50 tons of medical aid and food products to the country. Qatar sent a plane carrying 26 tons worth of aid, according to a Qatari Ministry of Foreign Affairs statement, and from Bahrain, a plane carrying 25 tons of aid arrived, according to Mustafa Al Sayed, Secretary General of Bahrain’s Royal Humanitarian Foundation.

This is the second shipment of aid to arrive at Kabul airport from Qatar since the US troop withdrawal from the country in late August. The first shipment arrived Saturday, with a plane transporting some 17 tons of aid, according to a Ministry of Foreign Affairs statement.

After criticism, Apple says it will delay child safety updates

After criticism, Apple says it will delay child safety updates