After a thrilling first season, the ‘Touch of France’ television show has reeled in its second season. The Touch of France TV show is a program that seeks to open up France to the Ghana viewer and immerse them in French culture by revealing the unscripted way of life of the French. It also seeks to inform the ordinary Ghanaian about the wonderful relationship that exists between France and Ghana. The 13 episode season brought France to Ghanaians like never before with interesting conversation, weekly quizzes and simple French recipes to try at home.

Hosted by the French Ambassador to Ghana herself, Her Excellency Anne Sophie Avé, Season 1 of the ground-breaking TV show featured high-profile Ghanaian personalities such as the first gentleman of the land, President Akufo-Addo, the Minister for Lands and Natural Resources and Member of Parliament for Damango, Samuel A. Jinapor, soccer stars Abedi Pele and Marcel Desailly, musician Sarkodie, and actor John Dumelo.

At a VIP Cocktail to celebrate the launch of the 2nd Season of the riveting television show, Her Excellency Anne Sophie Avé, shared with Citi News her experience as a novice host of the television show.

“It’s not my job; I’m not a TV presenter at all. I wanted to platform and package the images, videos, messages, to convey the image of France and give a touch of France. Then, I didn’t mean to host it. And then Bola Ray, who is the co-producer, I was mentioning to him that we should look for a professional TV presenter and he said, ‘This is your job; promoting France, French culture, the French language; it’s your job. You’ve got to do it!’

Some other guests who appeared on the maiden season of the show were the CEO of EIB Network and Associate Producer of the Touch of France TV show, Bola Ray, media personality Anita Erskine, actresses Juliet Ibrahim, Yvonne Okoro and Jackie Appiah, Former Chairperson of the Convention People’s Party, Samia Nkrumah and the CEO/Editor-in-chief at Glitz Africa Magazine, Claudia Lumor.

With the slogan, ‘Ça va faire bouger le monde!’ to wit, ‘It will shake up the world!’, the Touch of France TV show seeks to showcase more excitement and relevant content on how citizens of the two countries perceive and interact in the fields of business, entertainment, science and technology, and arts, among many others in Season 2.

In response to a question on what she thought about Ghanaian talents, having hosted a number of them in the first season of the show, Anne Sophie Avé described them as, “amazing talents! You have incredibly creative people who are bold and confident; and who are fantastic when it comes to music, arts, dancing. When it comes to contests, you have Ghanaians who transcend Africa.

So you have fantastic people; so fantastic that I managed to convince some – I didn’t need to do much to convince them though – to bring some French artistes to do duos with Ghanaian artistes; and that would be the next big thing. After the show Touch of France would be a complete album with French and Ghanaian artistes featuring together,” she revealed.

Season 2 of the Touch of France TV show airs on weekends on GHOneTV and Metro TV. 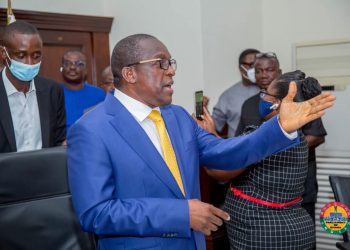