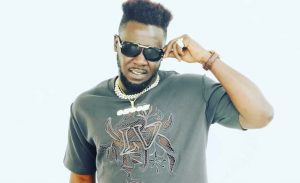 Ghanaian musician based in the United States of America, Ghosh Man, has released a new song titled ‘Mekordadada.’

According to him, the song is about how people he started music with gave up on the dream, leaving just a few.

“The song is inspired by hard work, dedication, ambition, and hope. Many people left the music game because there seemed to be no hope but due to determination, I am getting there. Giving up is never an option,” he noted.

‘Mekordadada’ was produced by me and mixed and mastered by Nii Quaye.

The video was directed by Stuward of 12 Pixels studios.

The beat was produced by beat demons, recorded by Ghosh Man himself in his studio but it was mixed and mastered by Nii Quaye.