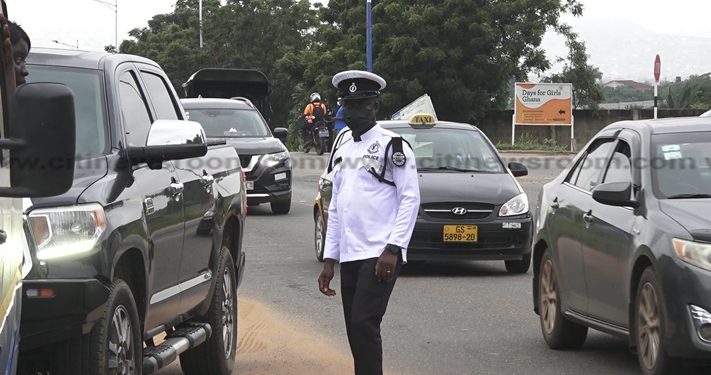 Some 25 errant drivers including that of the Board Chairman of the Ghana Infrastructure Investment Fund (GIIF), and the Deputy Director of Operations at the Jubilee House, will today [Thursday, September 30, 2021] be put before court.

They were arrested during Citi TV’s War Against Indiscipline on the Airport By-pass road on [Wednesday, September 29, 2021] for various traffic offences.

Recently, three drivers who were arrested for breaching road regulations on the Legon-GIMPA bypass in Accra were fined GHS720.00 each by the La Motor Court.

The erring drivers including the Member of Parliament for Sissala West, Mohammed Sukparu, amongst others, were arrested for driving against traffic and using unauthorized sirens and strobe lights.

The drivers were charged for careless and inconsiderate driving.

Also, some drivers who were arrested under the campaign were made to hold placards with the inscription; ‘I WILL NOT DRIVE CARELESSLY AGAIN’ for a week as punishment.

That was in addition to a fine the court charged them.