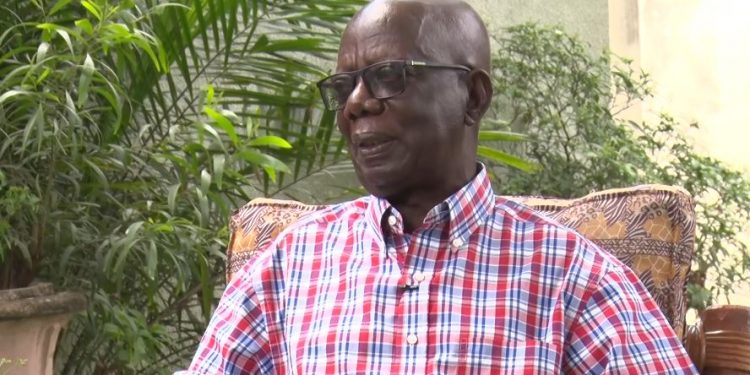 The Kufuor government and the New Patriotic Party (NPP) had been accused by a section of Ghanaians, especially persons aligned to the opposition National Democratic Congress, of deliberately sidelining Aliu Mahama with some citing ethnic grounds for such action.

But responding to such claims on Face to Face on Citi TV, on Tuesday, September 21, 2021, Mr. Mpiani wondered why some persons peddled such falsehood.

“He (Aliu Mahama) didn’t apply for any post, and he wasn’t voted for. It was Kufour himself who called him and told him I want to make you my running mate. So how can he (Kufuor) push him away on ethnic grounds? Nobody forced him on Kufuor.”

Also touching on Aliu Mahama’s bid to lead the NPP into the 2008 elections, Mr. Mpiani said the former Vice President did not announce his bid on time.

“It took a long time before Aliu went to him (Kufuor) because I remember having a conversation with him about it, and he said Aliu hasn’t even come to me to tell me that he wants to run [for the presidency].”

“So it took a long time before Aliu went to him that he wants to run, and he said well, if you’ve taken your decision already, then I wish you well.”

Alhaji Aliu Mahama was an engineer and politician who was Vice-President of Ghana from 7 January 2001 to 7 January 2009.

A member of the New Patriotic Party, he was Ghana’s first Muslim Vice-President.

After two terms as Vice-President, he sought the New Patriotic Party’s nomination for the 2008 presidential election, but at the party’s delegates convention in December 2007, he was unsuccessful, obtaining only 6% (146 votes) of total delegates ballots cast.

He subsequently retired from active politics and later died on November 16, 2012.