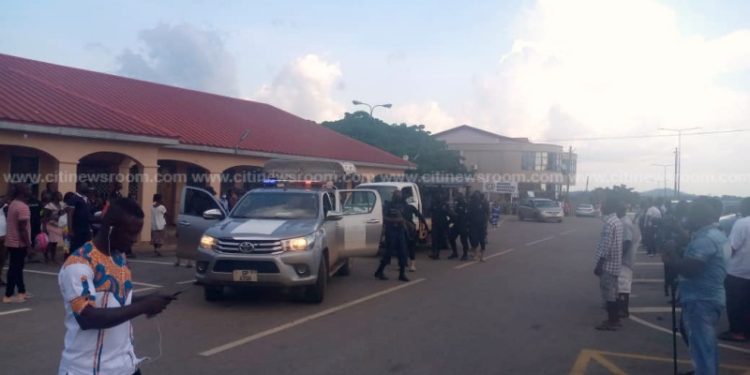 The Assembly Members said they fear for their lives following the heavy deployment of armed police and military officers to the venue of the exercise.

The aggrieved members cited a similar incident at Kumawu during the confirmation of the DCE nominee and said they cannot risk their lives to take part in the exercise.

Assembly Member for the Bomfa-Ahenbronum electoral area, Prince Oppong Kyekyeku, addressed a news conference saying “this is undemocratic, and we cannot risk our lives. We have families.”

He complained that there were about 90 police and soldiers at the confirmation venue.

The armed security officers have taken over the Palace of the Juaben Paramount Chief, where the confirmation is expected to take place.

“I don’t know why somebody’s nomination should cost me my life,” Mr. Kyekyeku said.

The media has been prevented from covering the event.

Police also tried to prevent the media from interviewing the aggrieved Assembly Members who are outside the court.

Give us an MCE – Juaben residents appeal to Akufo-Addo 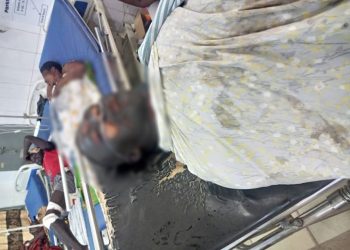 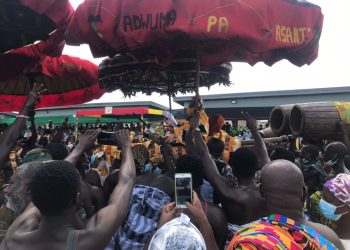 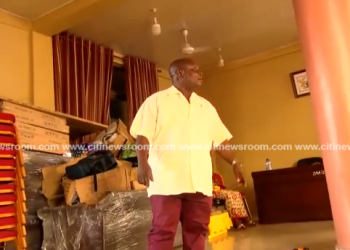 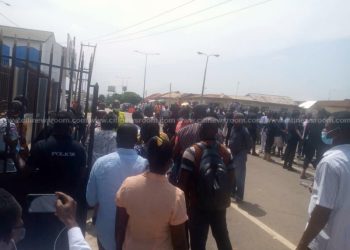