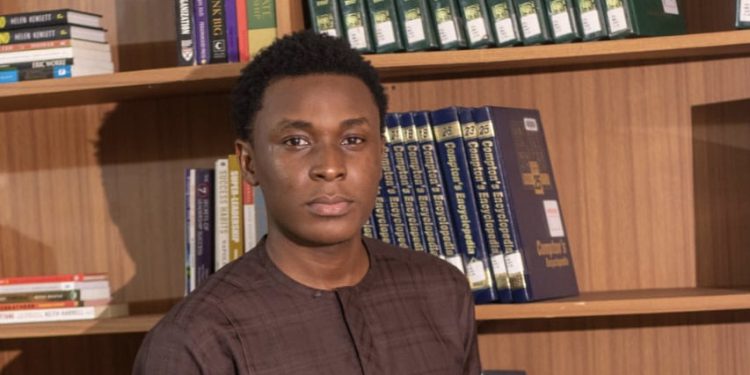 John Asogonnde was a former Business Manager for an Entertainment Company consisting of a Record Label and Nightclub in Accra.

In 2019, John wrote a book about his addiction to marijuana, which won him an award at the Youth Excellence Awards and a nomination in the 2020 ‘Forty Under 40’ Awards.

He has toured several schools and communities across the country with free copies of the book, which focuses on breaking up with the habit of smoking. He also doesn’t drink anymore.

“I quit drinking and smoking three years ago,” he said in his latest announcement for the opening of Accra’s first Non-Alcoholic bar.

He added, “But all work and no play, makes John a dull boy. This was quickly evident to me as my social life became almost non-existent. If you knew ‘John Hermit’, he was a party animal, frequenting all the plush nightclubs and bars in the city.”

Instead of throwing in the party towel, he’s creating a bar where he can put his expertise to work without the presence of alcohol or smoking.

Eden Bar is the name of John’s project, which is set to open in December 2021.

“It’s practically impossible to go anywhere in Accra for a fun night without the dominance of alcohol and smoking. So I arrived at the conclusion that if it’s not out there, I’d create one myself,” he said.

It’s worth noting that there are a few alcohol-free restaurants in Accra.

However, John’s plan for Eden Bar isn’t just the regular fruit juice & soda being served at places like this. He explains their menu is going to include an extensive collection of non-alcoholic wines to give the same experience of spending a chill night out with a premium glass of wine.

In Accra and beyond, over-drinking has become very rampant. A lot of young people engage in a nightlife filled with alcoholism and drug abuse.

Mr. John Asogonnde wants to curb this situation by offering a place where young people can hang out without having to partake in alcohol drinking.

“The goal is not only for people who are sober and don’t drink at all. We warmly welcome all individuals from all walks of life because we believe everyone deserves to enjoy a night out… No matter your motivation, if you want to keep a clear head and not drink alcohol, we are here for you,” John said.

John has expressed in several interviews that his addiction to drugs and alcohol in the past distracted him from his family and focus.

With an ambition to become President of Ghana someday, John said he wanted to stop wasting his time getting drunk, high, and being unproductive.

His ingenuity has led him to harness what Forbes calls one of the biggest trends in bars — drinks without booze, the next big thing.

So far, the idea sparked a huge debate on Twitter, with users actively engaged in the discussion of whether it was a viable business and the impact it could have.

At least 1,000 users responded to the tweet with the same view, all implying that they’ve been waiting for something of such nature for a very long time.

Three years ago today, I decided to quit smoking and drinking.

My journey didn’t end there. I went on to make conscious efforts towards becoming a better man, a better son, a better sibling, a better friend, a better human being. pic.twitter.com/CPhbC78tg2