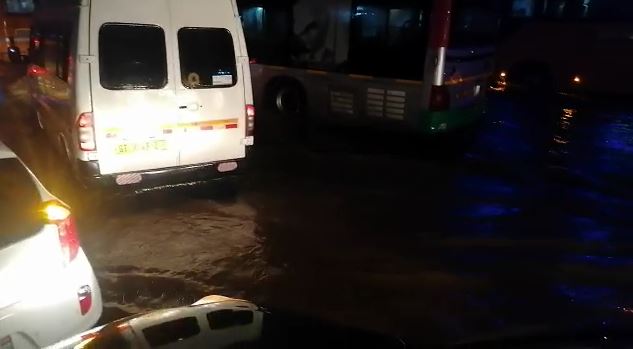 A number of areas in Accra have flooded, following a downpour on Wednesday night.

The rains which started few minutes after 5pm lasted for more than two hours.

The situation has also led to heavy vehicular traffic especially in the affected areas with many drivers staying in traffic for several hours.

The Ghana Meteorological Agency had earlier predicted the downpour in most parts of southern Ghana.

The Agency had said the rain may begin from late Wednesday afternoon into the night.

It has also been raining for several hours in the Eastern Region. 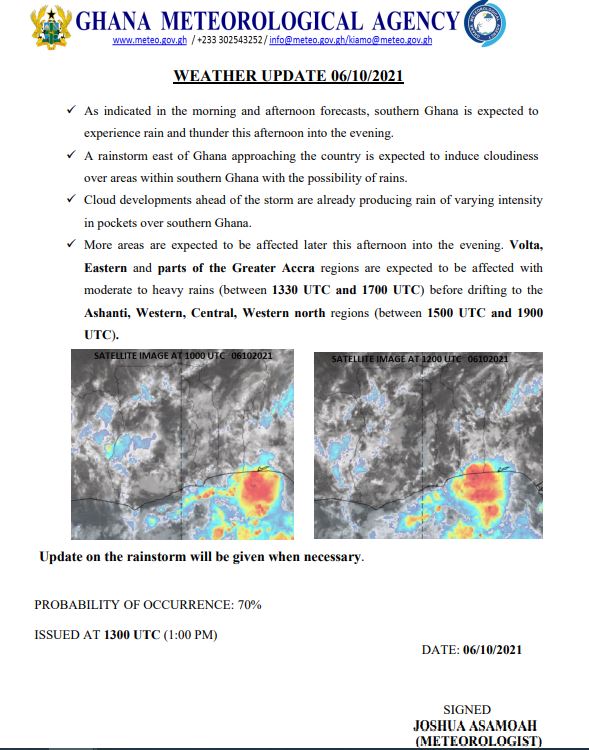 Meanwhile, the Ghana Police Service has advised the general public to stay indoors if they don’t have any business outside especially in the Accra and Tema Metropolitan areas.

In a public notice, it said, “Accra Metropolis has witnessed a downpour this evening which has flooded some areas leading to heavy vehicular traffic on some major roads.

The motoring public is being advised to exercise caution when driving and to avoid driving through flood-prone or flooded areas.

Those who do not have anything important to do outside are advised to stay indoors.

Any emergency should be reported to the Police on 18555 or 191 for the necessary Police intervention.”