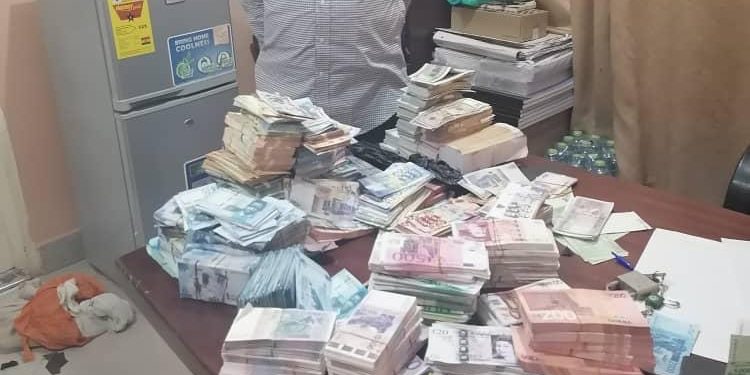 One more person has been apprehended by the police in Accra for his involvement in trading with counterfeit currencies.

The suspect, Haruna Abudu, a 35-year-old Nigerian, is the third suspect after two other suspects were earlier arrested by the police last Tuesday over the same crime.

Police investigations showed that the suspect operated from his textile shop at Chantal 6 to 6, Achimota in Accra.

“A third suspect, Haruna Abudall, was yesterday [Wednesday], October 27, 2021, arrested in relation to the supply, use, and possession of fake currency. The suspect was arrested at a shop at Achimota”, she said.

A search conducted by the police in the house of the suspect led to the retrieval of fake US dollars, Euros, Pound Sterling CFA franc, Naira, and some Ghana cedis, a quantity of gold dust and 11 gold bars all suspected to be fake.

Meanwhile, all three suspects have been taken to court, and have been remanded into police custody to reappear on November 15, 2021.

The police extended an invitation to members of the public, especially persons who have fallen victim to such crime, to help identify the suspects and volunteer useful information to reveal the remaining aspects of fraudulent operations, perpetrated by the three suspects.

How the first two were arrested

The two suspects, Kenneth Anarfi, aged 51, and Philip Chorkson, aged 37, were wanted by the police after a complaint on September 24, 2021.

According to police, they had gone to a shop at Tuba, a suburb of Accra, and purchased electrical cables and other items valued at GHS 16,550.00, and paid the same in its dollar equivalent of $2,600 which was suspected to be fake currency.

“The Police initiated a lookout for the suspects. On 22 October 2021 at about 2:00 pm, the suspects were intercepted around Tuba and arrested,” the police said.

“Also, a search conducted in their place of abode led to the retrieval of items including, deep freezers, air conditioners, TV sets, 39 gallons of engine oil, bags of rice, tomato paste, electrical cables, 2 laptops, boxes of nails, gas cylinders, fake US dollar notes, new head pans, frozen fish and chicken and other products in large quantities suspected to be proceeds of their fraudulent engagements.” 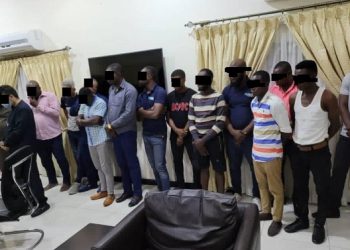 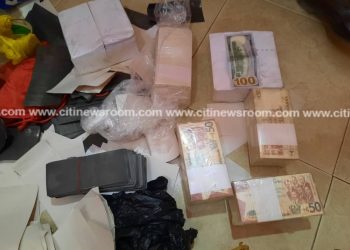 We're ready to assist with probe into over-voting claims - NDC