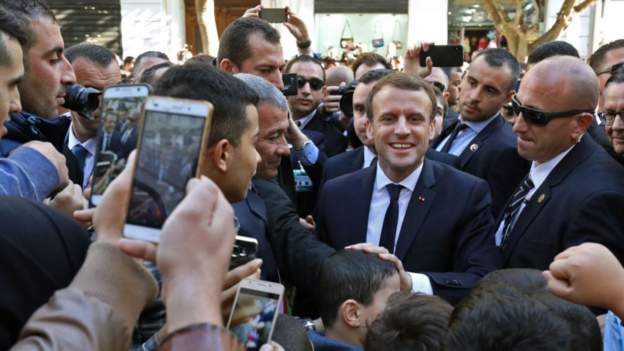 Algeria has recalled its ambassador from Paris, accusing France of unacceptable interference in its affairs.

He was quoted as saying the former French colony was ruled by a “political-military system” with an official history that was based not on truth, but on hatred of France.

The diplomatic spat comes days after France cut the number of visas it issues for citizens of Algeria and other North African countries.

Mr Macron, who once described France’s colonisation of the North African country as a “crime against humanity”, has sought to repair relations with Algeria since taking office in 2017.