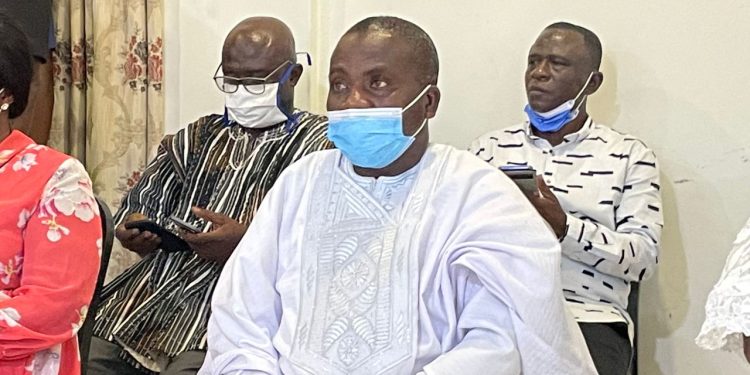 Three Assembly members of the Shama District Assembly and a resident have secured an injunction from the Sekondi High Court to stop an exercise to confirm Ebenezer Dadzie, the President’s District Chief Executive nominee for the area.

The voting exercise was scheduled for Wednesday, October 13. 2021.

This is the second time the nominee is attempting to get assembly members to confirm his nomination.

The nominee only secured 12 YES votes out of a total of 25 votes cast, with eleven NO votes, while two were rejected.

Although the Shama Electoral Officer, Rose Appiah Nyamah, who supervised the first confirmation exercise categorically stated that the President’s nominee cannot stand for another confirmation vote unless the President renominates him, the Shama District Assembly has however summoned the assembly members in writing to attend another meeting to confirm the nominee, thus prompting the court action.

Speaking to Citi News, the assembly member for the Beposo electoral area, said they only went to court to halt the second confirmation vote and seek an interpretation of the regulation.

“We are seeking for the interpretation of the Standing Order, Order 15, which talks about if the nominee did not get 50% of the votes. Unless he is being renominated by the President, he cannot stand for another confirmation vote. Meanwhile, the Shama District Assembly led by the Presiding Member has summoned us with a letter to a meeting on Wednesday that the nominee is coming for another confirmation voting. So based on the letter, we had to go to court for the interpretation of the law. And for the time being, the court should restrain them from conducting the election until the court hearing.” he said.

They are seeking the following reliefs from the court: “An order that the purported reconfirmation of the DCE nominee by the assembly is invalid. A perpetual injunction restraining the defendants from reconfirming the DCE nominee without a renomination by the President”.