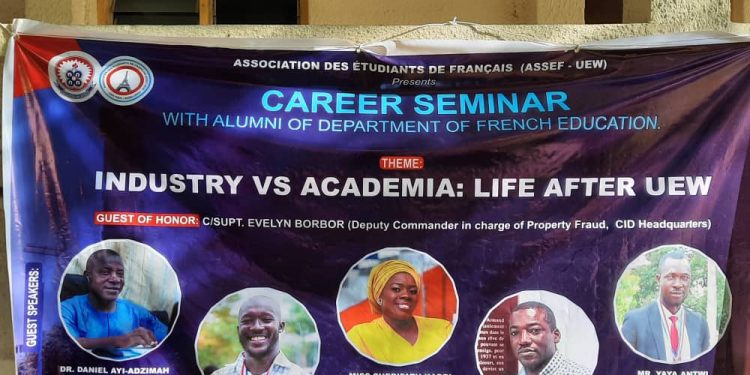 The Association of French Students of the University of Education, Winneba in partnership with the French Embassy has organized a career seminar aimed at enlightening French students on career paths after graduating from school.

Alumni of the Department of French Education were also brought on board to share their experiences on how they managed to make it onto the job market.

The event was under the theme industry versus academia, life after UEW and was well attended by French students of the university.

Speaking to Citi News, Jerry Anxious Fianyo, President of the Association of French Students of the University of Education, Winneba indicated that the seminar will bridge the graduate unemployment gap, especially for French students.

“The French language is an art-related course, and it is very important for students to know what is ahead of them and how they can break into the job market. This is the first of its kind at the university, and we are privileged to have resource persons who have in-depth knowledge in the field of study”.

“The study of French has a lot of opportunities on-the-job market, and it is about time we take advantage of this, as would be French graduates. For instance, my department has created a good relationship with the Ghana Armed Forces and most of our French students have the opportunity to have internship opportunities or even jobs and in a way, it is helping reduce the unemployment rate.,” Jerry Fianyo told Citi News.

Major Elvis Blay, International Liaison Officer and Officer In-charge of French Language Centres at the Ghana Armed Forces shared his experience in the study of French coupled with going on peacekeeping in French countries. 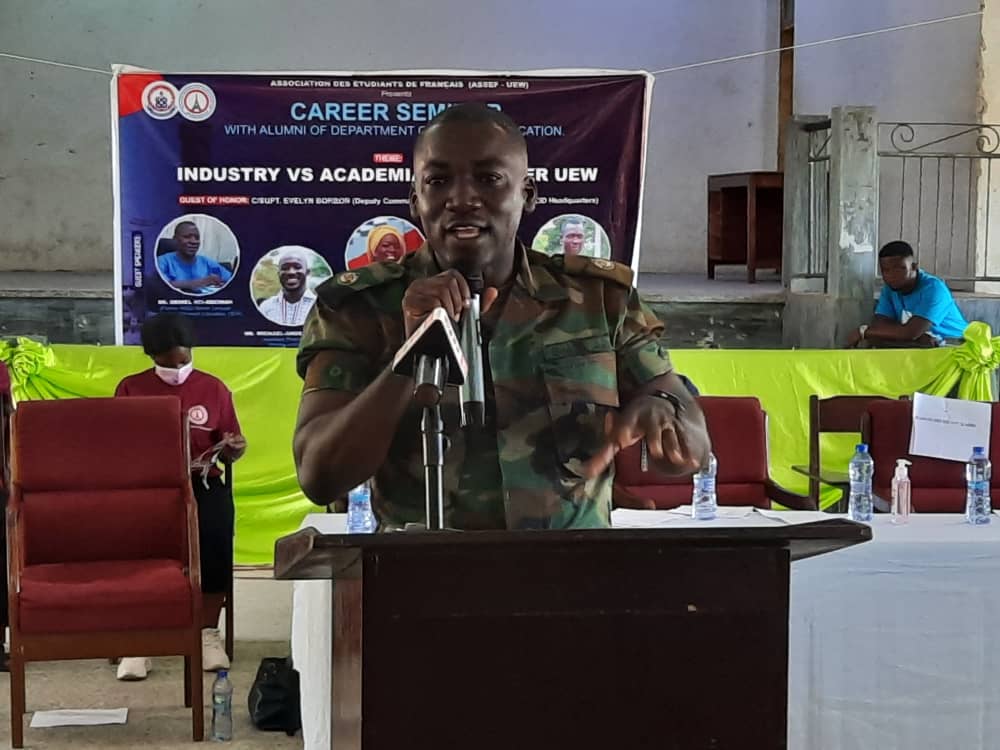 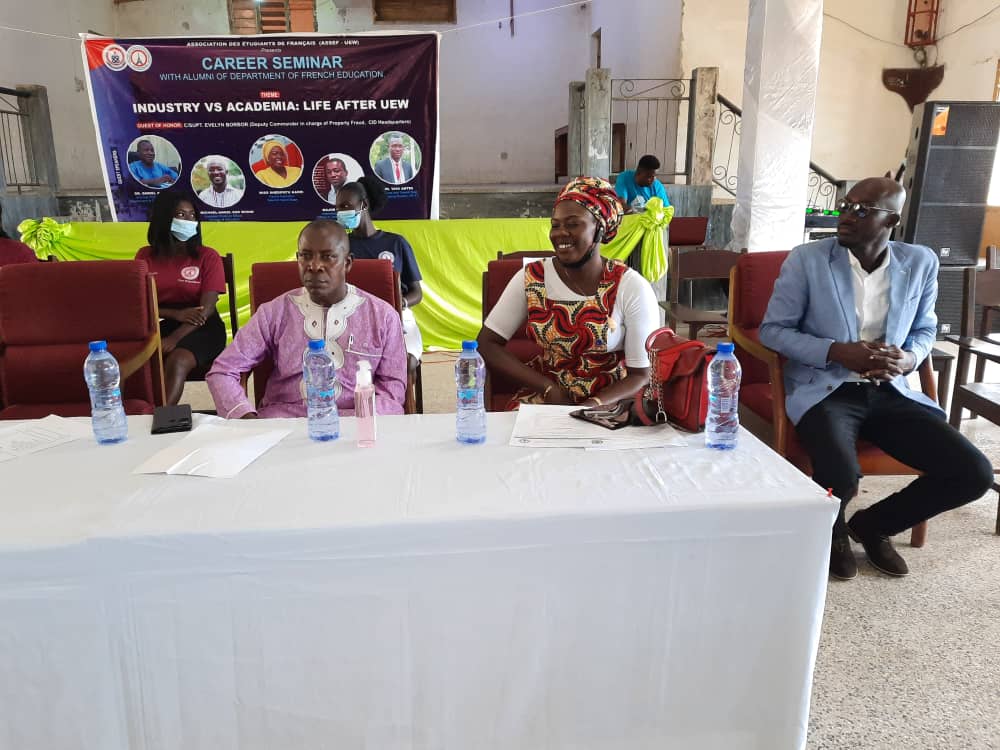 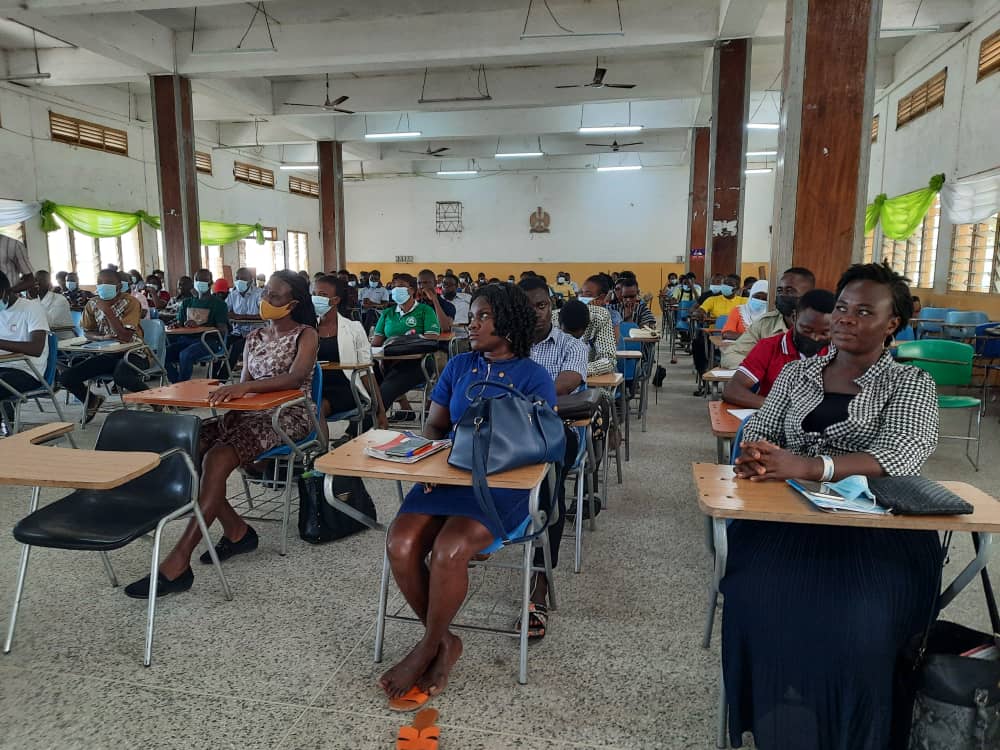 He indicated that it gives the soldier an added advantage to be able to communicate well with other nationals since most of the missions are multidimensional in nature,” Major Blay said.

He indicated that the establishment of French Language Centres through a partnership with the French Embassy has paid off adding that through the collaboration, a lot of French language centres have been established in Takoradi, Accra, Kumasi, Tamale and at the 37 Military hospitals,” Major Blay said.

Another Resource Person who was the former Head of the Department for French Education at the University of Education, Dr. Daniel Ayi-Adzimah urged French students to take advantage of the opportunities that come with the study of French to make them well-connected in the world of work. 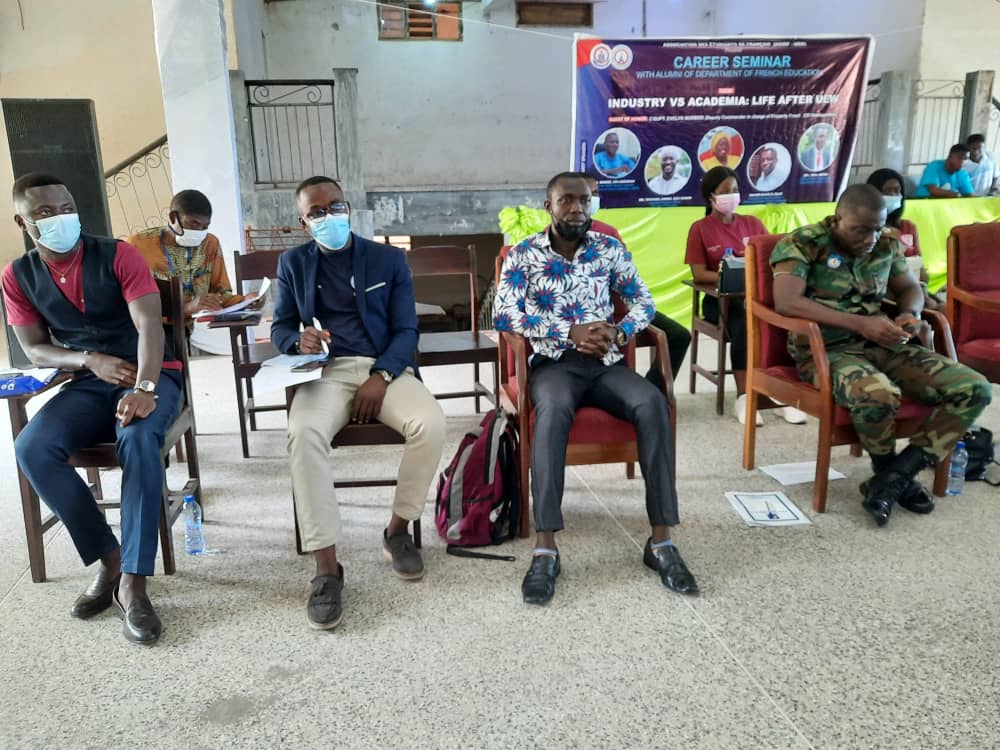 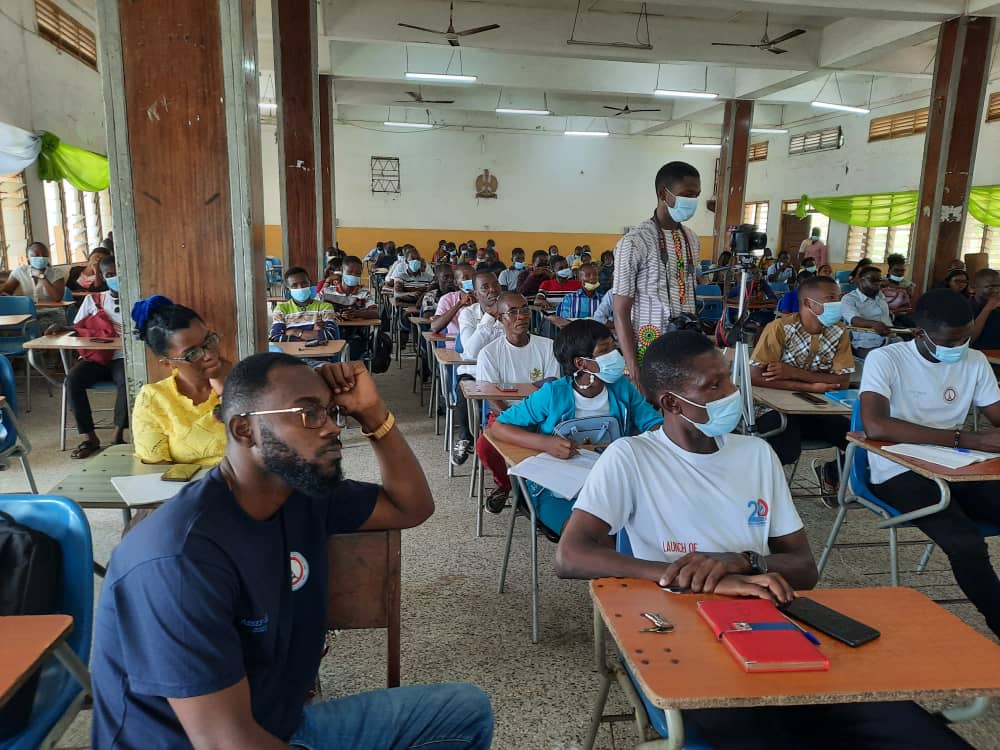 A French Instructor at the Secondi Naval Base, Sherifatu Kadri shared highlights on how the study of French helped her a civilian employee in the Military.

According to her, French gave her an added advantage over her colleagues in her pursuit for employment, thus urging French students to take their studies serious.

Other guest speakers at the event included Chief Superintendent Evelyn Bogo of the Property Fraud Unit of the Ghana Police Service.